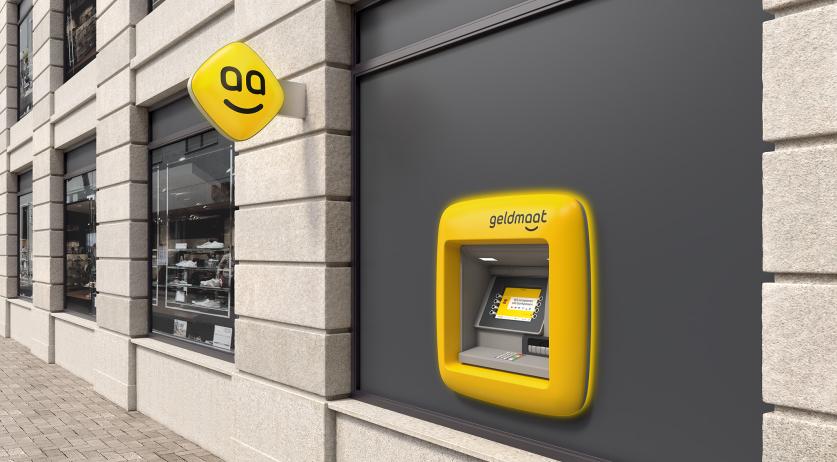 The three major Dutch banks - ING, Rabobank and ABN Amro - have decided they do not each need their own ATMs and will therefore jointly launch a new uniform, bank-independent ATM brand. The new, yellow cash dispensers will be called 'Geldmaat' and will start appearing next year, NOS reports.

According to the banks, the new strategy is necessary. "The use of cash in our country is decreasing", Geert Eikelboom of Geldservice Nederland, the company behind Geldmaat, said to NOS. "But of course there is still a need for cash, people must be able to keep withdrawing money. To be able to continue guaranteeing availability, the three banks will join forces."

There are currently around 3 thousand locations in the Netherlands where ATMs are located very close together. For example, the center of Breukelen currently has nine ATMs in a radius of barely a hundred meters. "Five of them will disappear. Nine really is too much, also if you look at the number of transactions. We can manage with fewer ATMs", Eikelboom said. He denies that this is a cutback operation. "We want to keep the availability up to standard, but we also have to be able to continue to pay. If we do not intervene now, the costs will go up enormously. We want to prevent that."

According to Eikelboom, there are only advantages in the new yellow ATMs. "The machines now all work differently. Soon that will no longer be the case", he said to the broadcaster. According to him, that is important for elderly people. "And from all ATMs you can soon get small denominations of 10 and 20 euros if desired. Shop owners find that great."

Exactly how many ATMs will disappear is not yet clear. The banks promised that they will also look into placing ATMs where there currently aren't any, according to NOS.