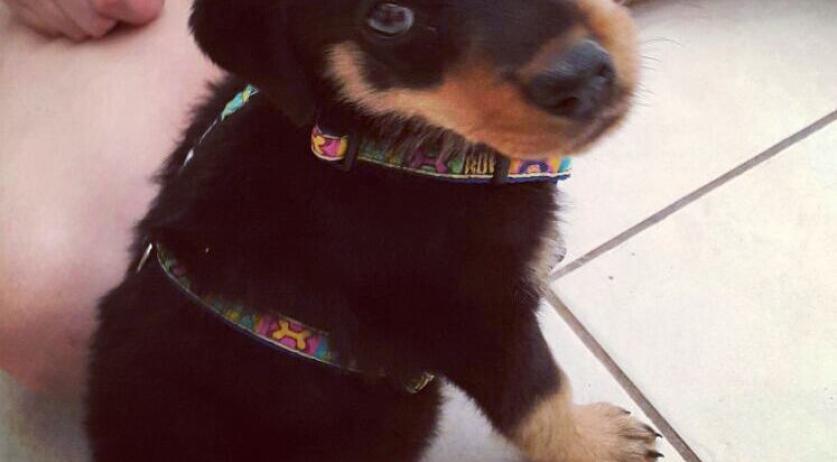 Dog trainers and animal experts are concerned about the University of Amsterdam's plan to create a puppy room in its library where students can cuddle with puppies and get rid of their stress during exam week. The puppies will indeed decrease students' stress, but being cuddled by dozens of students may not be good for the puppies' welfare. The Amsterdam faction of animal party PvdD submitted written questions about this to the city council.

An animal expert told Editie NL that cuddling with friendly dogs will indeed reduce stress levels, but she'd advice rather using adult dogs. "I'd actually compare this with child labor", she said to the broadcaster. "Young puppies actually sleep 20 hours a day. They still have to grow up, they need rest, a stable environment. Well, with all that stimuli and all those students walking in and out, I think it's great fun for the students, but not so much for the puppy's well-being."

According to the University's plan, the puppy room will contain 10 puppies for two hours on Monday and Tuesday next week. A total of 160 students will have 15 minutes to cuddle with the puppies in groups of 10.

According to Sabine van der Helm of animal casting agency Catvertise, which is providing the puppies for the puppy room, the experience will be good for the puppies' socialization. "For the puppies it is also very good to be in Amsterdam for the first time, to sit in the train, to sit in the tram, to experience the crowds in the city. So it works well on both sides", she said to Editie NL. "No, it's not stress, it is very good for the socialization of the puppies. And if they don't feel like it, they'll just go to sleep."

Dog trainer Suzanne Voskuil from dog school Loebas in Amsterdam Noord disagrees. "For both humans and animals, situations that can not be predicted or controlled cause stress", she said to Het Parool. "A socialization training is meant to let dogs in the first 20 weeks of their lives get used to the situations and environments they will have to deal with later in their lives. I can't imagine that they will have to learn to cuddle 160 different students at an university over two days in two hours time. That is far too long and far too much. This idea is mainly thought up for students, not for the pups. It does not contribute to their well being in any way."

Animal scientist Suzy Derinck is also doubtful about the university's plan. "If a puppy wags his tail, it may seem like he is enthusiastic, but in reality it can be a sign of stress", she said to Het Parool. She thinks the university would do well to reconsider this plan. "Maybe they should contact a dog expert or someone who can substantiate this scientifically. This is a bad plan."

PvdD Amsterdam submitted written questions to animal welfare alderman Laurens Ivens about this matter. "It is inexplicable that the University of Amsterdam puts the welfare of puppies at risk to reduce student stress. Rather invest in better educational guidance!" the party said on Twitter.