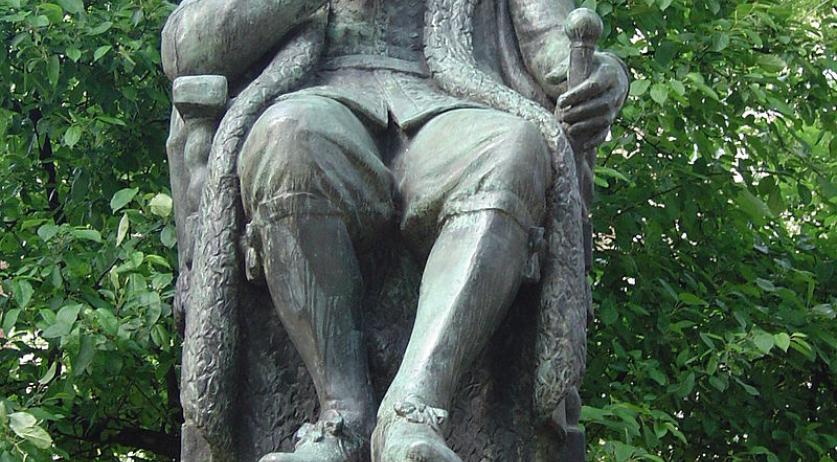 Prime Minister Mark Rutte will investigate whether the burial chamber under the Eerste Kamer in The Hague can be opened to search for the remains of former statesman Johan van Oldenbarnevelt, who was beheaded at the Binnenhof nearly 400 years ago. Rutte is responding to requests from Van Oldenbarnevelt's relatives and questions from SP parliamentarian Ronald van Raak, RTL Nieuws reports.

It is believed that Van Oldenbarnevelt's head and body was entombed in the burial cellar of what was then the Hofkapel, and is now the catacombs of the Eerste Kamer, the Dutch Senate. That space still exists, behind a bricked up wall.

Now that the buildings on the Binnenhof will soon be thoroughly renovated, it is the perfect time to open the crypt, according to SP parliamentarian Van Raak. Prime Minister Rutte, himself a historian, will find out if this is possible and have an answer by the end of the year, he said. "For me he is the greatest statesman in our history", Rutte said. He called Van Oldenbarnevelt's beheading "one of the most shocking events in our history."

The statesman's surviving relatives Els and Anke van Oldenbarnevelt, is delighted. "We would like to have a decent funeral and restoration of honor for our distant grandfather", they said to RTL.