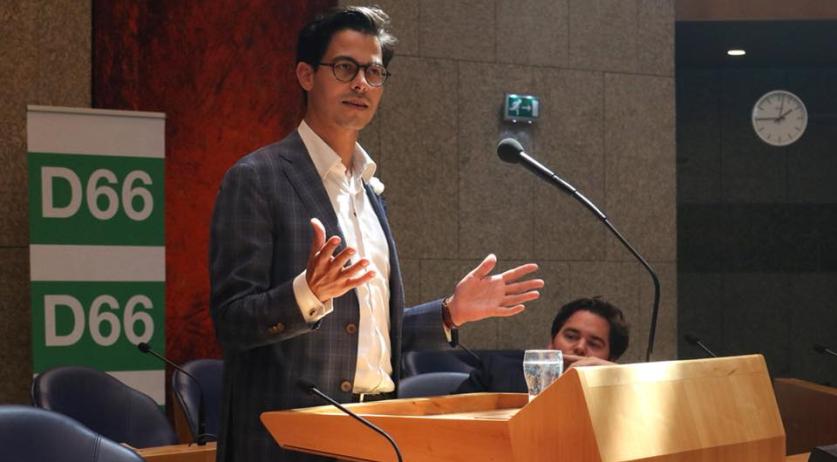 Rob Jetten is the new leader of the D66. The parliamentary faction chose the 31-year-old unanimously on Tuesday. Jetten is succeeding Alexander Pechtold, who announced on Saturday that he is leaving the party and politics, NU.nl reports.

"I'm really looking forward to working with this faction", Jetten said, according to the newspaper. "We have 19 talented parliamentarians, we work well together and will continue to do so."

Jetten is a relative newcomer to the faction. He became a parliamentarian last year. He is seen as Pechtold's protege and handled difficult files like climate, the energy transition and the abolition of the advisory referendum over the past months.

Pechtold said that he is "incredibly pleased" that Jetten will be his successor. Jetten is "not only a talent, but a leader", the departing D66 leader said. "He has shown that he can handle difficult files with great ease."

Jetten's first challenge will be preparing the D66 for the indirect Senate elections in March next year. Trends in the polls show the D66 losing virtual seats. The party has struggled to find the right tone since joining the government. Rutte III measures like the abolition of the advisory referendum and planned abolition of dividend tax lost the party support among voters.

Over the past few months Pechtold's leadership also became rather controversial, thanks to headlines about an apartment he received as a gift and did not register with the lower house of parliament, and a turbulent love affair with a D66 city councilor.

What tone the D66 will take under Jetten is not yet clear, though he did say that he does not intend to change Pechtold's course substantially. "We have chosen to be in the cabinet because we believe that in a divided political landscape you have to work together to get things done. We will continue to do just that", Jetten said.

If Jetten does decide to profile himself by taking a stance on issues like climate, medical-ethical issues, the children's pardon, or even the referendum - all areas that the D66 fought for in the past - it could mean trouble for the coalition agreements.