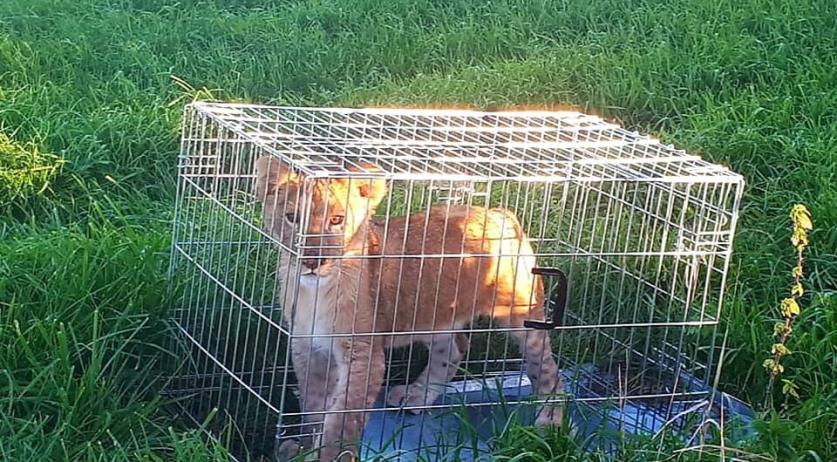 A passerby made a remarkable discovery while jogging in Tienhoven on Sunday morning. He found a lion cub in a small cage in a meadow on Burgemeester Huijdecoperweg. The police believe the young animal was dumped there. They're looking for witnesses.

The Dutch food and consumer product safety authority NVWA is investigating, because they have more experience in this field, the police said on Facebook.

The lion cub was taken in by Stichting Leeuw in Anna Paulowna, RTV Utrecht reports. The NVWA called in the foundation. Director Robert Kruijff went to pick up the baby animal. The cub was sitting in a dog cage along a bicycle path. Kruijff did not need to sedate the lion. It was loaded into his van, cage and all.

Kruijff suspects the cub is about five months old. "He looks healthy and is not malnourished. He is now in quarantine with us and needs a lot of rest", he said to the broadcaster.

"He is very stressed, which is not surprising when you know he was found along the road", another staff member of the foundation said to the broadcaster. They have him in a spacious enclosure so he can rest and eat.

Stichting Leeuw usually takes in circus animals. The foundation also has experience with the care of lion cubs.

The police call on any witnesses to contact the NVWA. "Do you know someone who recently bought a young lion or have information about this specific cub?"