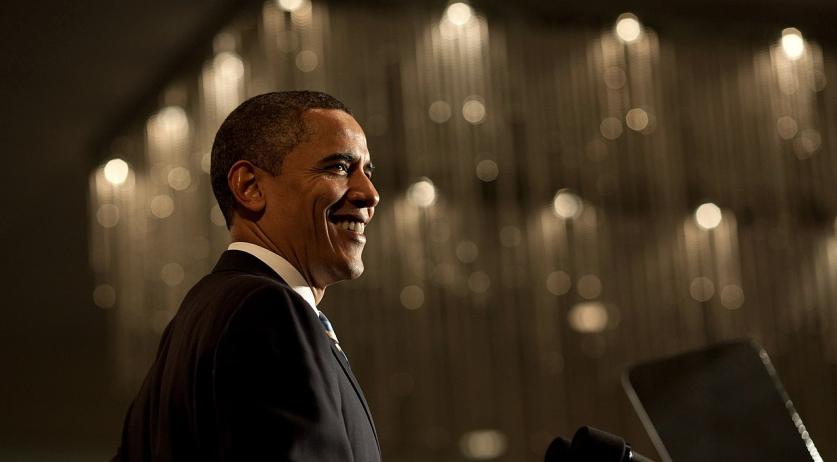 A photo showing former United States President Barrack Obama on an Amsterdam tram with a sleeping student next to him, was massively shared online over the past days. But the photo was faked. The real photo, featuring no sleeping student, was taken in the city of Saint Paul in Minnesota in 2014 by then White House photographer Pete Souza, AT5 reports.

The photo was edited by the man behind the Instagram account Average Rob, using multiple photos of the former president. He did such a good job in faking the photo, that he even fooled former SP parliamentarian Harry van Bommel, who shared the photo on Monday morning. "Turns out I just tweeted a fake photo. Thanks for the warning! I immediately removed it", he said on Twitter.

Obama was in Amsterdam to speak at the Forward Thinking Leadership conference in Afas Live. He visited a number of places in the Dutch capital, including the Anne Frank House where he wrote a message in the guestbook. "The story, and voice, of one young girl remind us of both the terrible cruelty that we are capable of, but more important, the resilience and beauty of the human spirit", he wrote in the guestbook. "May this place serve as a reminder to all of us to combat anti-Semitism, racism and discrimination in all its forms."

The photo of Obama writing in the Anne Frank House guestbook is real, according to the broadcaster.

1/3: We were honoured to welcome President @BarackObama in the @annefrankhouse today. We were moved by his interest in Anne Frank’s life story and diary and its significance for today. In our guest book he wrote: pic.twitter.com/uqaLcN9b2b