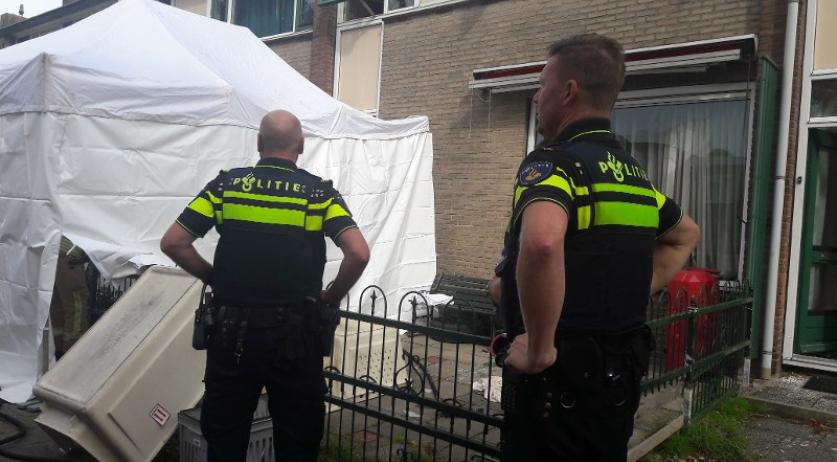 The police believe that a 32-year-old man killed his 32-year-old wife, their 6-year-old daughter and their 4-year-old son in their home in Papendrecht before killing himself. Their bodies were found after a fire in their home on Cremerstraat on Saturday morning.

The investigation into this tragedy is still ongoing. According to the police, there are "strong indications" that this was a murder-suicide with the father as the perpetrator. The police are still talking to witnesses, and call on anyone with information that may help in this investigation to come forward.

The municipality of Papendrecht opened a condolence register for the woman and two children on Monday afternoon, RTV Rijnmond reports. The register can be signed at the town hall on Markt.

The deceased woman worked as a policy officer on fighting poverty at the municipality of Alblasserdam, according to the broadcaster. A staff meeting was held to inform colleagues about what happened on Monday morning. "Her immediate colleagues were very affected", a spokesperson said.

The woman also did work for refugee organization Vluchtelingenwerk Zuidwest Nederland. The organization said that it is deeply shocked by what happened. "She put a lot of time into Vluchtelingenwerk, so you could really see that she cared for the people", a colleague said to RTV Rijnmond. "In the condolence register I wrote that she is a wonderful woman. I hope she finds peace, together with her lovely children."

The two children attended primary school IKC Beatrix in Papendracht. The family drama was discussed in the classrooms on Monday. Mayor Aart-Jan Moerkerke also visited the school. "It does a lot to the children", he said to the broadcaster. "You see children who walk past photos, then they look very sad and then play laughing and then become very said again."

The incident led to parents facing some difficult questions, the mayor added. "One of the parents told me that their child asked: 'You will never get divorced, right? Because otherwise you will kill each other.' So it really touched the children, but parents are also very affected. There is a lot of emotion."