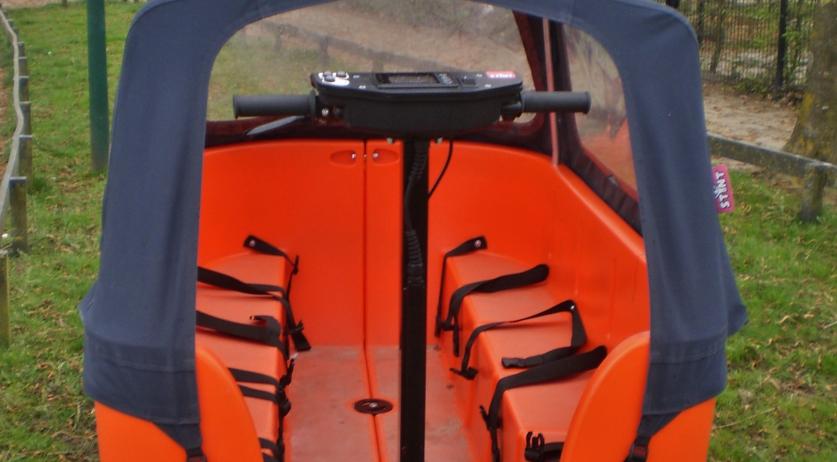 The company that produces Stint cargo vehicles announced it plans to inspect all 3,500 units currently on roadways after a fatal accident last week left four children dead. The accident took place in Oss, when a Stint belonging to a daycare operator crossed onto railroad tracks and was struck by an oncoming train.

A fifth child and the adult operator of the vehicle were hospitalized with serious injuries.

Starting Monday, the company is offering to inspect all Stints. "All safety points" will be looked at, and replacement parts provided to help prevent future accidents, the company said on its website.

Multiple agencies are investigating the accident together, including the Dutch Safety Board, the top transit inspectorate ILT, Dutch railway NS and railroad infrastructure firm ProRail, as well as the police.

The ILT said other users have complained about the Stint operating abnormally when close to level railroad crossings. The ILT is looking if electromagnetic radiation alters vehicle performance.

Child care facilities can pick up as many as 10 kids at a time with the electric vehicle. Similar vehicles are also used by PostNL for package delivery, and by cleaning crews in the Zaanstad municipality.

A "quality and safety checklist" was also sent out to Stint owners for their review.