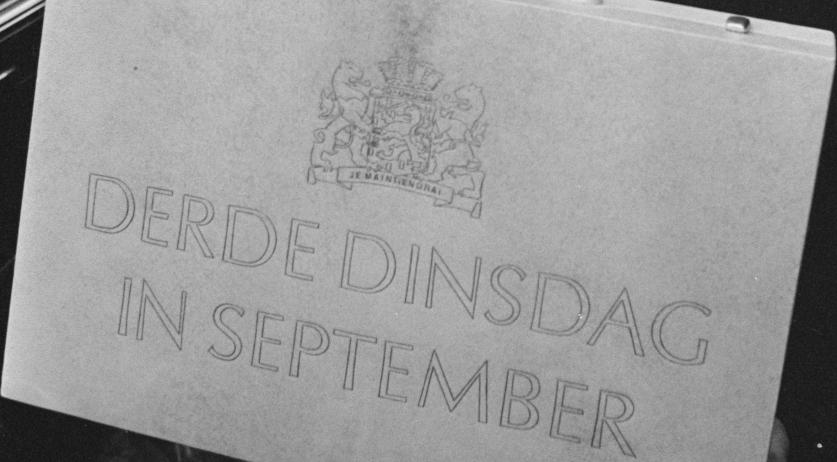 The first fans of the Dutch Royal Family started gathering in front of the Noordeinde Palace in The Hague from 5:30 a.m. this morning, wanting to get the best places to see the King and Queen drive by in the Glass Carriage this afternoon and later wave from the balcony, NU.nl reports.

One of the first fans to arrive was 56-year-old Oscar Meijer from Amersfoort. He's been coming to The Hague on the third Tuesday of September for over 35 years to see the Royals. Entrepreneur Johan Vlemmix was also there bright and early. He'll be handing out guilders with his portrait to the public this year. Last year he handed out peace flags.

This is the third Budget Day that the Glass Carriage will take the Royal couple from the Noordeinde Palace to the Binnenhof, where King Willem-Alexander will give his throne speech in the Ridderzaal. The Glass Carriage is replacing the Golden Carriage, which is being restored.

The military guard of honor will stand along the route to the Binnenhof from 11:30 a.m. The King and Queen will leave from Noordeinde palace to the Binnenhof at 12:50 p.m. Twenty minutes later, they'll arrive at the Ridderzaal, where members of the government, the Senate, parliament, the States General and other invited guests will be waiting.

The King will then give his speech, which was written by Prime Minister Mark Rutte with the help of the ministers in his cabinet. The King doesn't write this speech himself because as head of state he is inviolable in the Netherlands. Everything he says falls under the responsibility of the Ministers, which is why they help with the text, according to the newspaper.

At 2:00 p.m. the Royal procession will be back at Noordeinde Palace for the balcony scene. Members of the Royal House will wave at the gathered crowd from the palace's balcony.

From then on, all attention turns to the politicians. On Budget Day the government presents its plans and budget for the coming year. Minister Wopke Hoekstra of Finance will hand these plans to the Tweede Kamer, the lower house of Dutch parliament at 3:15 p.m. The plans are in a special suitcase that has been used for this purpose since 1947. 'Third Tuesday in September' - the date of Budget Day since 1887 - is engraved on the suitcase.

This is mostly ceremony. The parliamentarians already received the figures last week, so that they can prepare for the debates with Prime Minister Mark Rutte, who must explain and defend his plans with the the help of his government. Because it involves such an extensive package of measures, two days are allocated for these debates, the General Political Considerations, starting Wednesday.