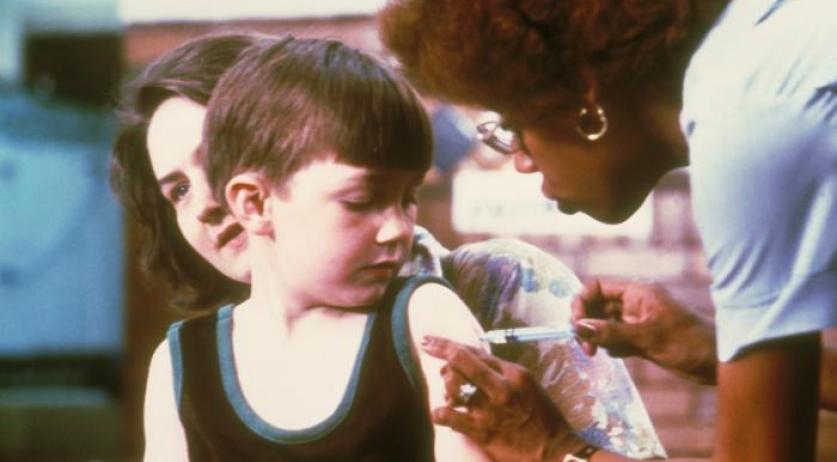 Dutch doctors are drawing attention to the importance of vaccinating your children on social media. With the hashtag #ikvaccineer - I vaccinate in English - they are saying that their kids are vaccinated, with the reasons why.

This action was started by mother Maria Bos, according to RTL Nieuws. On Twitter she asked how she as a non-expert must determine what studies on vaccinations are reliable. Can't doctors simply say whether they are vaccinating their own children? Doctors responded massively to this request.

Doctor Maria Koster tweeted: "I'm a doctor. My mother almost died from diphtheria. Her sister died of whooping cough. A a child, I got the mumps, with a completely deaf ear as result. I vaccinate my children. Because now that misery can be prevented."

Her tweet has been shared hundreds of times and got over 2,200 likes. "Apparently I hit a cord", she said to RTL Nieuws. "I do not know if sending such tweets is useful, but it seems to be doing something. At least in public opinion. I think the subject is important."

Koster often gets annoyed by people who regard scientific research as "just another opinion", or think they're more of an expert after 20 minutes on Google than someone who studied the subject for 20 years. But simply calling anti-vaxxers stupid or attacking them is not the solution, she believes. "I think that as a doctor you do not achieve much if you just retreat into the plateau of science. You achieve more if you respond as a person. People have certain reasons for their behavior. That does not change by depicting them as a criminal."

Doctor Geert-Jan van Holten tweeted: "I am a GP and a former tropical doctor. My three own and two gift children are fully vaccinated. No doubts. In Africa I saw children die from measles. Shame yourselves anti-vaxxers!"

"Anti-vaxxer is a kind of religion", the GP from Oss said to RTL Nieuws. The arguments they make against vaccination, have nothing to do with science, Van Holten said. "Vaccination is proven safe. It is the best, safest and most effective medicine. But people will not let themselves be convinced." While working in Africa, Van Holten saw multiple children die from preventable diseases like measles. "There we tried to set up vaccination programs to reduce that mortality. It fuels my anger here, that something so beautiful that we have built is being broken down by shouters on Facebook."

He feels that trying to discuss this on social media is useless, but he still decided to take part in the twitter campaign. "Scientists who know all about the risks are not so sharp of tongue. They do not fight against those mothers who shout the loudest. I have great difficulty with that. Then you as GP have to show: it's just good, vaccinate your child."

The number of people in Europe infected with measles increased drastically this year. In the first six months alone, more than 41 thousand people were diagnosed with the measles virus, of whom at least 37 died, according to the World Health Organization. In the whole of 2017 Europe saw almost 24 thousand measles infections, and around 5 thousand in 2016. Most cases occur in eastern Europe. But France and Italy each already had more than a thousand measles cases in the first half of 2018.

In the Netherlands too fewer and fewer babies, toddlers and kids are being vaccinated against mumps, measles and rubella. Four years ago the Netherlands dropped below the 95 percent mark of vaccinated children for the first time. According to the World Health Organization, 95 percent of a population needs to be vaccinated to guarantee group immunity for measles. Last year only 90.2 percent of 2-year-olds got their vaccinations, according to figures RIVM released earlier this year.