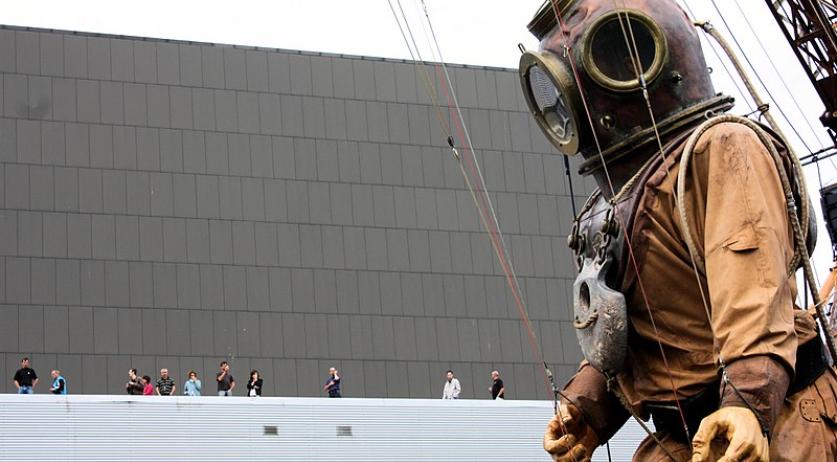 People who went to see the giant marionettes of Royal de Luxe in Leeuwarden on Sunday, were left stranded by a train disruption. A faulty overhead line meant very limited trains between Zwolle and Meppel, which forms part of the route between Zwolle and Leeuwarden, NU.nl reports.

According to ProRail, about half a kilometer of overhead line was pulled down by a train. This brought train traffic on the route to a complete standstill for a time. From around 6:30 p.m. a limited number of trains could run on one rail on the route.

The world famous giants were in Leeuwarden for three days. Sunday was the last day. A spokesperson for the municipality could not tell NU.nl how many people visited the city on Sunday, but estimated that it was more than the around 160 thousand people who came on Saturday. The municipality estimates that a total of around 425 thousand people came to see the giants.

People who wanted to see the giant marionettes on Sunday, were called to use public transport as there was a lot of traffic on the access routes to Leeuwarden.

The Royal de Luxe giants were one of the highlights of the Leeuwarden European Capital of Culture events. The showpiece, the Diver, weighs 3 tons and stands 11 meters tall.