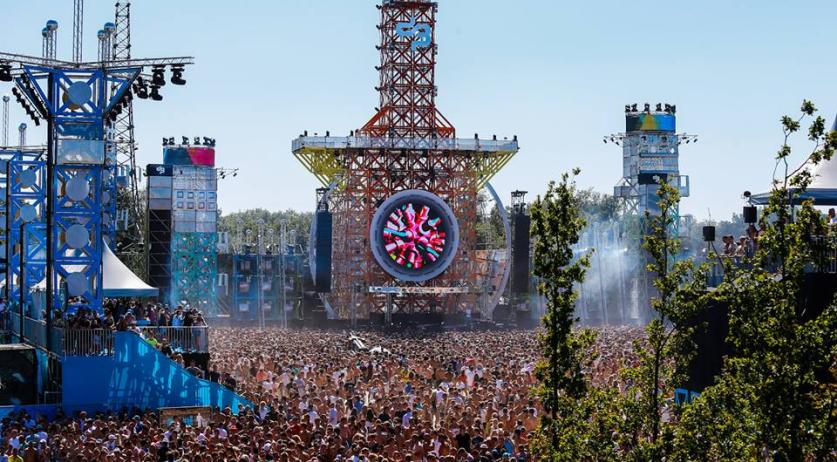 Mayor Ryan Palmen of Hilvarenbeek and the police unions have different views of how dance festival Decibel Outdoor went this past weekend. Palmen called it the "quietest edition" yet. But according to the unions, there were "various reports" that weren't picked up, Omroep Brabant reports.

No police officers were deployed to the festival in Hilvarenbeek, as part of labor actions for a better collective bargaining agreement. Instead private security guards and the municipality of Hilvarenbeek took over some duties usually observed by the police.

According to Palmen, in terms of disturbances and people removed from the festival site, this 18th edition of Decibel Outdoor was "the quietest edition ever". On Saturday, the busiest day of the three day festival, there were around 50 thousand attendees at the event. As usual, security guards searched visitors upon arrival and checked their bags. "The only thing that was different is that the police did not monitor whether this happened correctly", the mayor said. The municipality took over that duty. .

Drugs were found on 17 people. The drugs were confiscated and the people who had them were denied access. There was also a small fight on Saturday. "A little pushing and pulling at the shuttle bus", the mayor said, according to the broadcaster.

Palmen will examine whether next year's Decibel Outdoor can also be done without police deployment. "We have to pay attention to the circumstances, because at 24 degrees people are less busy than at 34 degrees. And we also had 70 thousand visitors once. But we have now seen that it is possible."

A spokesperson for the police unions called Palmen's statements premature. The mayor should have waited for the reports on the festival, the spokesperson said to Omroep Brabant. He could not give any exact figures - the unions are putting everything together and will come with a statement in the coming days - but said that there were a lot of drug-related issues at the festival, which the police deliberately ignored. Various visitors also became unwell due to narcotics, he said.

"In short, our presence is simply needed", the spokesperson said. "All the more since you can ask yourself whether people from the first aid and municipality react adequately enough to people who became unwell in Hilvarenbeek due to the use of drugs."

Mayor Palmen is not impressed by the unions' criticism, he said to Omroep Brabant. "On Saturday I was at the festival site from 10:00 a.m. until 2:30 a.m. I chaired a safety meeting six times, which were attended by people from security and the police, among others. There were, especially in the view of the 50 thousand party goers, hardly any noteworthy incidents, and I attach greater value to my own observation than that of a police spokesperson, whom I did not see here."

According to Palmen, one person was taken to hospital on Saturday, but this visitor was already up and about again the next day. Saturday night was a bit restless, but Sunday was calm again, he said. Four drug dealers were caught and the police were called in to deal with a festival attendee who pretended to be an employee of the event, and after a DJ's equipment was damaged.