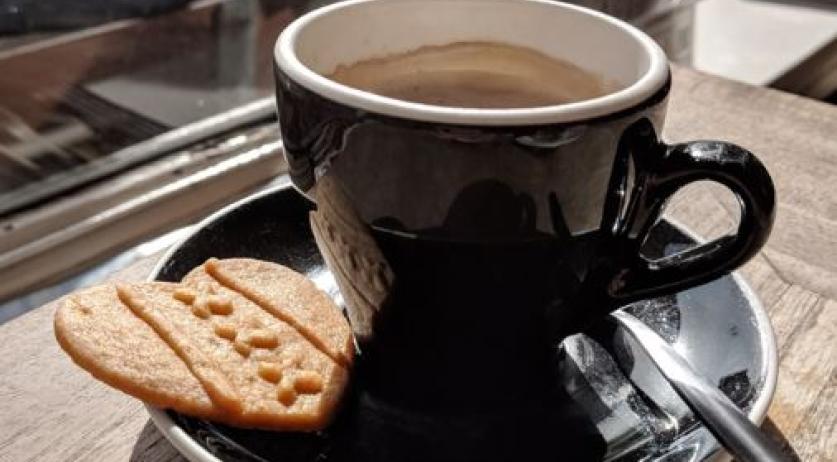 Amsterdam is getting its own cookie, the Eberhardje. The cookie is meant as a tribute to mayor Eberhard van der Laan, who passed away last year. And money raised by the sale of these cookies will go to a new foundation focused on activities that bring Amsterdam residents closer together.

The Eberhardje is a heart-shaped butter cookie with a hint of vanilla, with Amsterdam's three Andreas crosses stamped on it.

Résalieke Vlieger conceived this cookie shortly after Van der Laan's death, Het Parool reports. She wanted to do something with the sense of solidarity that existed among Amsterdammers after their mayor passed away, and with Van der Laan's final message to the people of his city: "Take care of our city and each other".

"It can sometimes be very simple. I though up the cooky in bed one night. A cookie with coffee is often the first contact and it connects people. How cool would it be if tourists come to visit and get an Eberhardje with their coffee, with the message of respect for each other and the city?" she said to the newspaper

Vlieger teamed up with baker Nico Meijles, owner of Holtkamp, to create the Eberhardjes. Meijles immediately thought it was a great idea to create something sweet and low-threshold for Amsterdam, according to the newspaper. Vlieger wanted the cookie to be heart-shaped, and show something of Amsterdam. "The heart is already in the name Eberhard, and a heart sows love for the city." She initially wanted to call the cookie Eberhartje with a t, but after consultation with widow Femke van der Laan, it was decided to call the cookie Eberhardje with a d.

Eberhardjes will be available to buy at Holtkamp bakery on Vijzelgracht from Sunday. They will also be served with coffee in the cafes of the Rijksmuseum, the Van Gogh Museum and museum cafe Mokum.

€2.50 of every kilogram of cookies sold will go to the "Eberhard for Amsterdam" foundation. That money will be used to finance low-threshold activities to bring people in Amsterdam closer together.