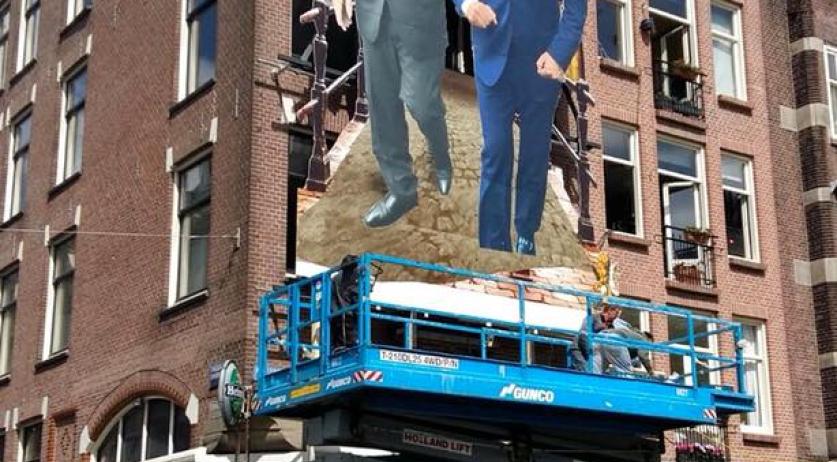 Cafe Blaffende Vis recreated a giant version of a photo showing King Willem-Alexander and deceased Amsterdam mayor Eberhard van der Laan walking together on its facade for King's Day. The image was given the caption "What a King!"

The Blaffende Vis on Westestraat in Amsterdam has been decorating its facade in honor of Queen's Day and King's Day since 1997, according to Het Parool. It is now a tradition in the Jordaan area. Last year it was a picture of King Willem-Alexander dabbing. The year before the picture showed crown princess Amalia as snow white.

The photo decorating the cafe's facade this year was taken when the King paid a surprise visit to Amsterdam in September last year, less than a month before Van der Laan lost his battle against lung cancer. It shows King Willem-Alexander offering the terminally ill mayor a supporting arm as they walk down the street.

"Cafe Blaffende Vis always makes something creative on their facade on the eve of King's Day. We find this creation very special. Beautiful!" the municipality of Amsterdam said about this year's King's Day facade.