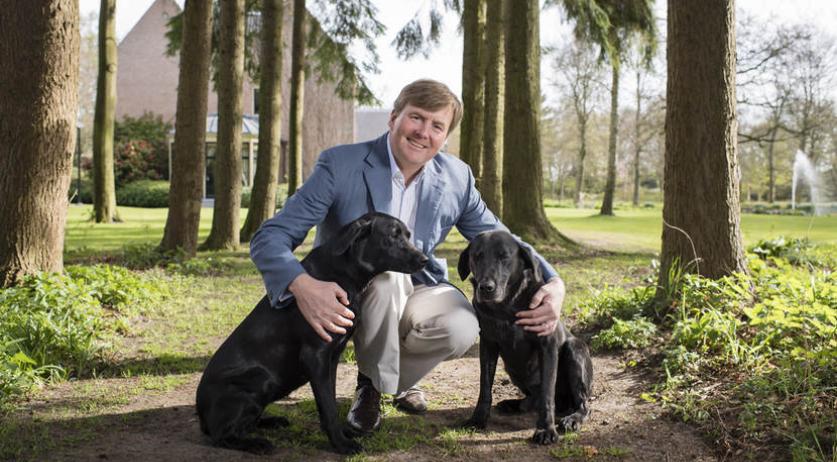 King Willem-Alexander is still popular among the Dutch population. The Dutch gave him a score of 7.8 in a survey among 1,078 people by DVJ insights, on behalf of RTL Nieuws.

The Dutch King scored well among his population almost since the moment he took the throne in 2013. In 2014 the Dutch population gave him a score of 7.6. Monday is the fifth anniversary of Willem-Alexander taking the throne of the Netherlands. 88.4 percent of Dutch think that Willem-Alexander grew as king over the past years.

The survey asked respondents how they think the King comes across when giving a speech, or performing other official duties. The vast majority, 40.6 percent, said he looks "normal". "Self-confident" was the second most popular answer at 28 percent and 22.5 percent said he comes across as determined. Only 7.4 percent said he seems uncomfortable and 1.4 said "uncertain".

According to Justine Marcella, editor of royalty magazine Vorsten Royale, King Willem-Alexander scores points from the population because he deliberately seeks out the media from time to time. "The interview he gave on the eve of his 50th birthday did him good. The Netherlands became better acquainted with the person behind the king. A person of flesh and blood, who in addition to fulfilling the office also has his own emotions."

Marcella adds that Willem-Alexander emerged as a king for all people in the Netherlands. She refers to a special moment last year, when the King paid a surprise visit to Amsterdam and was seen supporting sick mayor Eberhard van der Laan. "The King is strong when he has contact with the 'ordinary' man", Marcella said. "You see that at NLDoet, he genuinely listens to the people who tell him about their lives and their problems. He has a sense of humor and knows how to quickly break the ice with a joke immediately upon arrival."

While King Willem-Alexander is very popular among his people, he can't beat his wife. Queen Maxima has been extremely popular for years, and that is still the case. When DVJ Insights asked respondents which member of the royal family they find most sympathetic, the vast majority - 45.5 percent - said Maxima. 14.2 percent voted for King Willem-Alexander, and 5.3 percent for Princess Beatrix.

"Maxima has been the most popular from the first day", Marcella said. "Logical, because she not only impresses with her actions and character, but also meets the dream image that many have of a queen, in one word: beautiful."