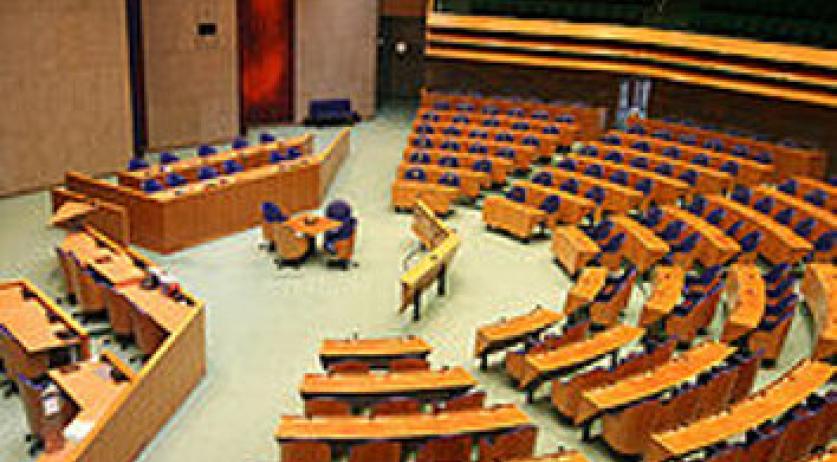 A visitor to the Tweede Kamer jumped off the public gallery during a parliamentary debate on organized crime on Thursday. Eyewitnesses claim it was an attempted suicide, though this has not yet been confirmed, NU.nl reports.

The parliamentary debate was halted and the meeting chamber evacuated. The man was taken to hospital, injured but alive, a spokesperson for the Hague police said to NU.nl.

The spokesperson confirmed that the man jumped off the gallery himself. Attempted suicide is one of the scenarios the police are investigating.

Photos from the Kamer shows Kamer president Khadija Arib apparently stabilizing the man's head while paramedics work on him, and other parliamentarians hugging and comforting each other. Counseling will be offered to those who witnessed the incident

A man just jumped or fell from the public balcony in Dutch Parliament. He seemed to be angry before the incident. Unclear what his motivs were. Medical aid given, House in shock @lopcute #jump #tweedekamer #springer pic.twitter.com/Oxpt7sPBUS