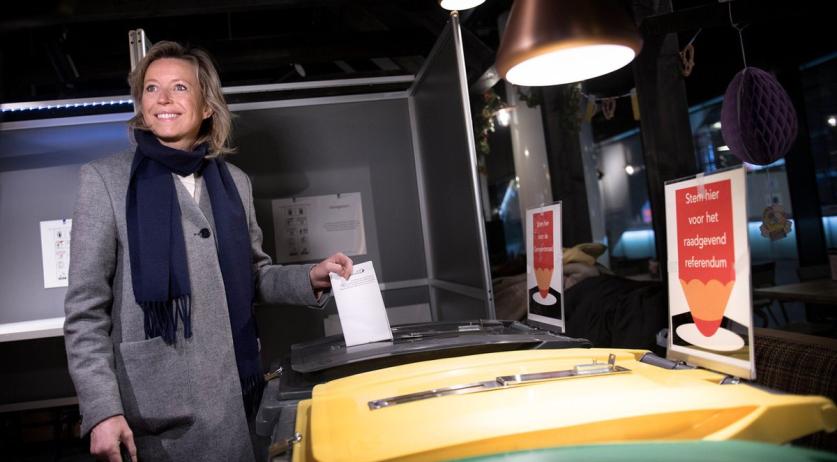 Election day in the Netherlands; polling stations open at 7:30

It's election day in the Netherlands. Today nearly 12.5 million Dutch can cast their vote in their municipal elections as well as in a referendum on whether or not to implement a new law for the Dutch intelligence services. Most polling stations open at 7:30 a.m. and will remain open until 9:00 p.m., according to NOS.

Voters still unsure about who to vote for today, can get some help from the municipal voting guides.

While most polling stations open at 7:30 a.m., many opened earlier. Jari Legdeur from Castricum, who turns 18 today, cast his vote seconds after midnight and seconds after he reached the legal age to vote, the Telegraaf reports. The municipality invited Jari to be the first one to vote.

There were also polling stations in Zwolle and The Hague that opened at midnight.

Minister Kasja Ollongren of Home Affairs was the first person to vote at Amsterdam Central Station at 6:30 a.m. on Wednesday. The polling station at Nijmegen station opened at 5:15 a.m.

In these elections the council members for 335 municipalities will be chosen, according to Het Parool. 45 municipalities aren't having elections today - due to municipal reorganization, their elections already took place or are happening later this year. Residents of the special Dutch island municipalities Bonaire, Saba and Sint Eustatius are also going to the polls today. Though they are only voting in the referendum.

In Amsterdam and Rotterdam, voters are not only voting in the municipal election and referendum, but can also cast their vote for district committees and area committees respectively.