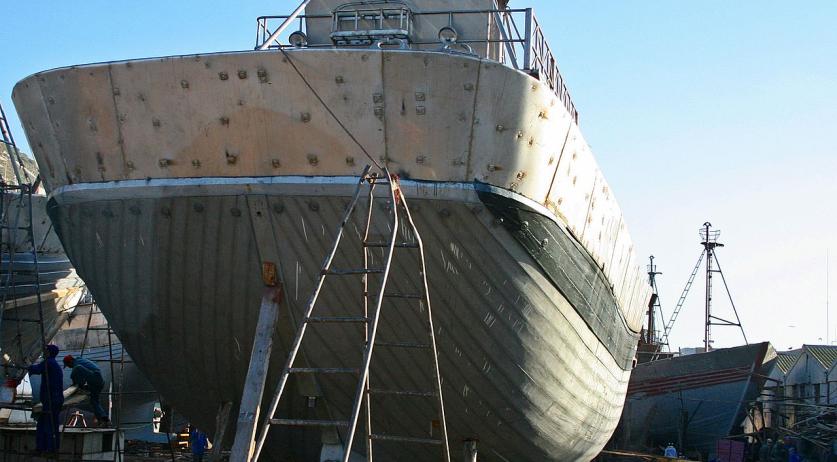 On a shipyard in Poland, North Korean forced laborers are used to build ships, including many for Dutch companies, according to a study by Leiden University professor Remco Breuker. This involves the Partner Shipyard in Sczecin, Poland. 43 ships were built there in recent years, 38 of which were commissioned by Dutch ship builders, NOS and BNR report.

In the study, titled People for Profit: North Korean Forced Labor on a Global Scale, Breuker and his team researched forced labor by North Korean workers, including in the EU. According to the professor, these people are slaves - they can't say no to the work and cannot leave. "They are generally barely paid or not paid", Breuker said to BNR. "They often live with a lot of people in a small space, they are not allowed to talk to the local population, and they hardly get access to the media." The largest part of their earnings go to intermediaries or the North Korean state.

The study mentions a number of Dutch shipbuilding companies that had ships built in the Polish shipyard, and therefore may have used North Korean slave labor. Acta Marine had one ship built, Boskalis had three hulls for dredges built, and Koninklijke Bodewes had three ship hulls built at the shipyard. Though it is difficult to say to what extent the companies were actually involved, Breuker said to BNR. "The only thing we have been able to establish is that there is labor in the production chain by North Korean welders."

"I've been there a few times, but never saw or heard anything about it", Johan Schouwenaar, director of Bodewes Shipyards said to NOS. "Later I heard that they probably only worked at night." When he first learned that North Korean forced laborers were working at the Polish ship yard, the company still had a ship under construction. "We had the ship built and have not been doing business in Poland since last June."

Peter Berdowski, CEO of Boskalis, also says he had no knowledge about North Korean workers being involved in the construction of his ships. Boskalis had hulls built by the shipyard between 2009 and 2014. "The first hull we had built there we supervised very intensively, because the shipyard had no experience with the construction of this type of ship", Berdowski said to BNR. "One of our teams was very intensively on that. I can assure you that in that period nothing came to our attention about the use of North Koreans." The supervision of the other hulls was more distant, but there was no cause for concern, he said.

According to VVD parliamentarian Han ten Broeke, these are not the first concerns raised about Polish shipyards. "It is a revenue model for the North Koreans to send residents of North Korea abroad to work in appalling conditions. They do so because their family is actually held hostage in North Korea." He will study this report closely, he said to BNR. "I think it is very important that Dutch companies mentioned here also indicate whether this is true. If it is true they have to stop this, otherwise we have to make sure that they stop. I also think that EuroJust, which links the various judiciary branches in Europe, should look at this. We do not want this to happen in Europe."