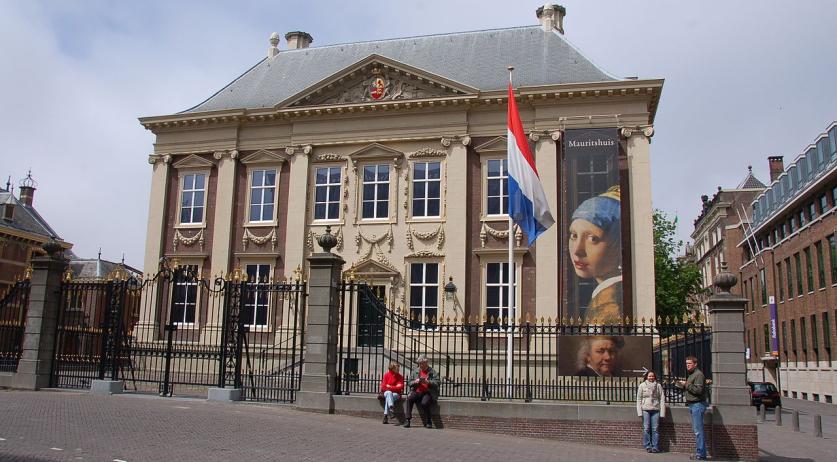 Everyone who took part in the discussion on social media about the Mauritshuis Museum removing its namesake's bust from the foyer over the past days, can visit the museum in The Hague for free on Sunday, January 28th, museum director Emilie Gordenker announced on television program Buitenhof on Sunday.

Gordenker also tried to clarify the issue around the bust of Johan Maurits van Nassau Siegen. The plastic replica bust was not simply removed, but was replaced by another, authentic statue, she said. The plastic bust was removed because it could not be placed in the "right context" and was of lesser quality.

The removal of the bust caused quite the commotion over the past week or so. Various politicians commented on the matter. CDA leader Sybrand Buma spoke of hiding away once large, but now controversial, names from Dutch history, according to NU.nl. Prime Minister Mark Rutte, a historian himself, wondered openly whether the Mauritshuis should change its name and warned of a new iconoclasm. The VVD and PVV wanted to debate this matter with Minister Ingrid van Engelshoven of Culture. "There is a totally wrong movement going on", VVD parliamentarian Antoinette Laan said to the Telegraaf. "We're importing the American trend towards hypersensitivity." The PVV spoke of a "politically correct iconoclasm".

The Mauritshuis was surprised by the commotion. On Buitenhof Gordenker said that her neighbor in the Torentje, referring to Rutte's office, should have examined the facts better before commenting. If Rutte had visited the museum, he would have seen that that a separate room was set up with, among other things, the other statue of Johan Maurits, she said. This room specifically tells the story of the museum's namesake. And there is absolutely no question of the name being changed, she added.

Rutte responded to this statement on Twitter. "My argument was and is not to judge far off history with the spectacles of today, but I understand from my neighbor on Buitenhof that my example of the Mauritshuis was not well chosen", he tweeted. "I'll be happy to visit again soon."

Gordenker also tried to explain the purpose of the Mauritshuis on the show. The museum is not a tribute to Johan Maurits, but carries his name because he was the founder of the Mauritshuis. In Brazil, where Maurits was involved in the slave trade, but also brought religious freedom and good education, he is revered as a hero, she said.