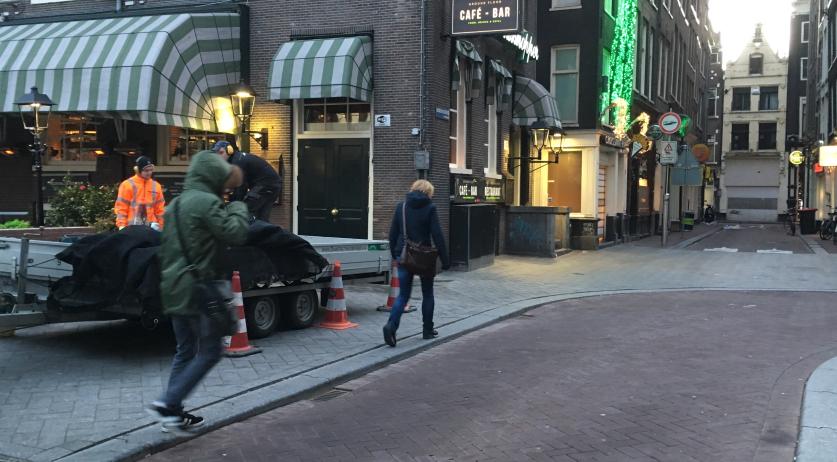 In a significant part of the Netherlands temperatures dropped below zero early Monday morning. Temperatures dipped down to -3 degrees Celsius in the north, -1 in the center and 2 degrees in the south, together with a moderate northeastern wind that was relatively strong at the seaside. Meteorologists from weather website Buienradar predicted the overnight wind chill would make it feel as if it were 10 degrees below zero.

The national meteorological office KNMI also reported that Monday is going to feel quite cold due to prevailing heavy winds causing a fairly low wind chill. The ground temperature during the somewhat sunny and dry day was expected to vary from 1 degree in Groningen to 5 degrees in Limburg.

The chilly weather on Monday could lead to an influx in public transit users, already expected to be busy with many in the Netherlands resuming work and school after the winter holidays. Traffic was back to normal for a typical Monday, with 34 kilometers of traffic jams on the 70-kilometer stretch of the A4 from Rotterdam to Amsterdam alone. There were also traffic jams between Apeldoorn and Amsterdam, and a three-car crash caused problems from Germany into Utrecht, according to traveller's association ANWB. The first real morning rush hour of 2018 ended just after 9 a.m.

Another night of freezing temperatures is expected across the Netherlands leading into Tuesday morning. The mercury will fall as far as -2 degrees in Groningen and Friesland, and 0 degrees in Utrecht and Zeeland, the KNMI said. Wind out of the east-southeast on Tuesday afternoon was expected to soften up a bit, bringing a 2 degree increase in high temperature around the country.