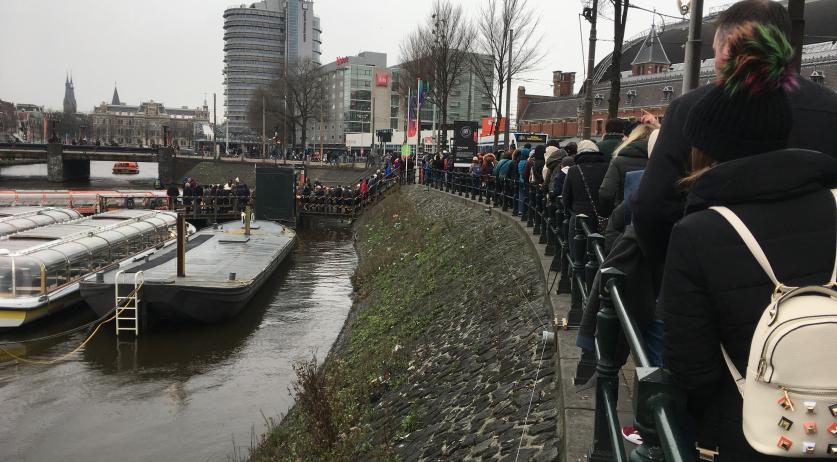 Periodic rain showers could dampen New Year's celebrations on Sunday night and Monday morning, according to several weather forecasts for the Netherlands. Southern border provinces can expect high temperatures of 13 degrees, while the rest of the country could peak at 12 degrees, the Dutch national weather service KNMI stated. This could break the New Year's Day warm weather record of 12.3 degrees set in 2006.

Some 60,000 people are expected to view the national fireworks show on the Erasmusbrug in Rotterdam. The subways will stay open late and for free that night which should provide some relief for those coming out in the rain. There is a 60 percent chance of rain right at midnight on the west coast, and a 75 percent chance in the east. Long stretches of rain are likely on New Year's Day with plenty of wind.

In Amsterdam, a fireworks spectacle is planned for the northern shore of Java-eiland, and should also be visible across the IJ from the island on the Amsterdam Noord waterfront. The Amsterdam party closes out a year of celebrating Amsterdam's diversity, where it is said that people of 180 different nationalities reside. A light show featuring the flags of those nations will be featured at the party.

The national countdown party will be broadcast live on NPO 1 from the shores of the Hofvijver pond in Den Haag. There will also be fireworks shows in two other Hague locations, including Laak and Scheveningen.

Parties are also planned for Appeldoorn's Marktplein, on the Markt in Hilversum, Ten Boer in Groningen, Zaltbommel, and Dobbe-eiland in Zoetermeer.

​It should become clear before midnight if the weather keeps more people indoors at the turn of the new year. Heavy gusts are expected along the cost, with moderate to strong winds prevailing throughout the Netherlands. Unsurprisingly, the Wadden Sea islands can expect temperatures up to three or four degrees cooler than at the Belgian border.

Despite the damp and blustery weather, the thermometer will be much higher than a typical New Year's Eve which averages from highs around 2 degrees down to lows just below freezing. This weekend should be no cooler than 5 degrees.

The temperatures are characteristic of a particularly mild 2017, one of the warmest years on record.