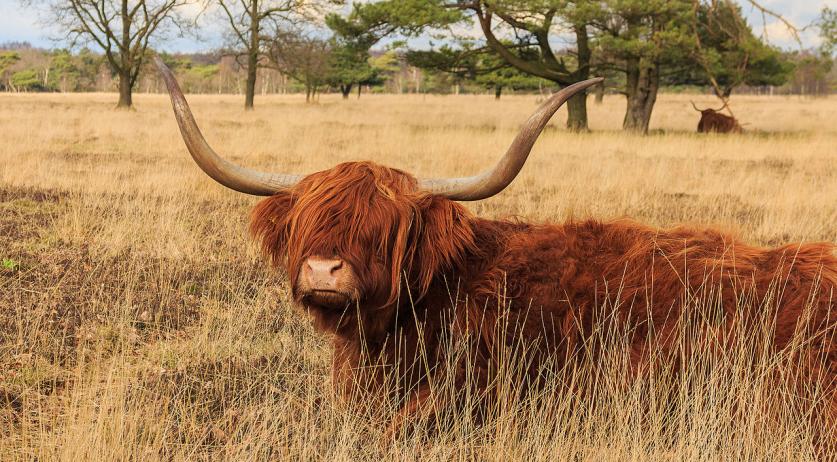 A 66-year-old woman from Doesburg was rushed and injured by a Scottish Highlander cow while walking in the Posbank nature reserve a few weeks ago. The cow left her with a deep cut in the stomach, that is still undergoing treatment. Natuurmonumenten will reimburse the woman for all damages she suffered, forester Jeroen de Koe said, according to NOS. "It is our animals and it is our responsiblity."

Alie Mulder-Kerkhof and her friend were walking in Posbank when she saw a group of Scottish Highlanders. "Before I knew it, one of those highlanders picked me up by its horns. I landed on the ground with a severe pain. He drilled 27 centimeters into my stomach with his horn." the woman said, according to NOS. Mulder-Kerkhof has no idea why the animal attacked her, saying that she was not being noisy and tried to avoid the animals.

Mulder-Kerkhof was hospitalized after the attack. Her wound still needs daily care. "I can not do anything at the moment, I am totally dependent on help", she said to the broadcaster.

Natuurmonumenten will take care of the damage, De Koe said, according to NOS. "The destroyed clothing will be reimbursed immediately. If it becomes more complicated, we have good liability insurance for this."