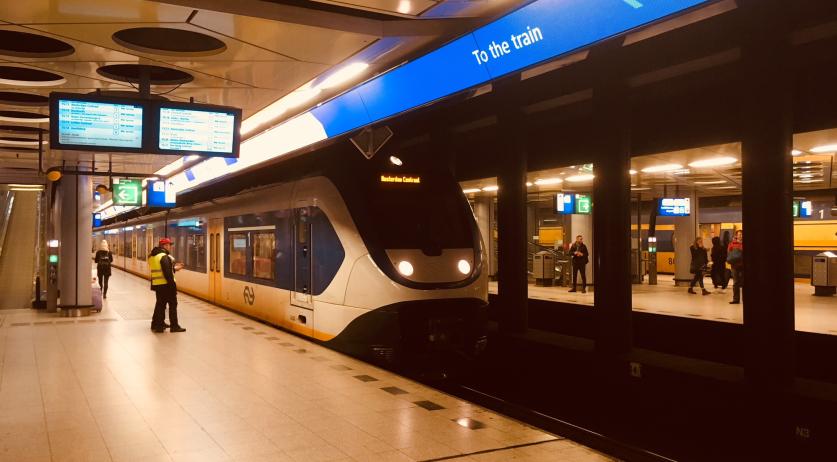 ProRail is taking a number of measures to improve the flow of passengers through Schiphol train station, in an effort to keep up with the airport's growth. The first to be implemented, is the installation of an LED screen above the platform, which will show travelers where an oncoming train's doors will be located, AD reports.

This LED screen will be taken into use on Friday. It will point to the position of the train's doors, as well as where access to 1st and 2nd class is located. According to the rail manager, this system will mean that passengers with luggage can board more quickly, and as a result that the train can leave on time.

ProRail is also working on creating more space in the station and placing more reference signs, according to the newspaper. NS will also deploy more staff to help spread passengers more evenly across the platform.

More information screens will soon be installed on the platforms themselves, to prevent tourists blocking the walking routes while trying to orient themselves at the bottom of the stairs, or drawing up their travel plan at the information boards. Next year an escalator will be built on the square in front of the airport, thereby creating a direct connection between the taxis and buses in the square and the train platforms below.

In the coming years, 500 million euros will be invested into improving Schiphol's accessibility by public transit, according to the newspaper. The rail companies and involved authorities are still discussing how exactly this will be done.