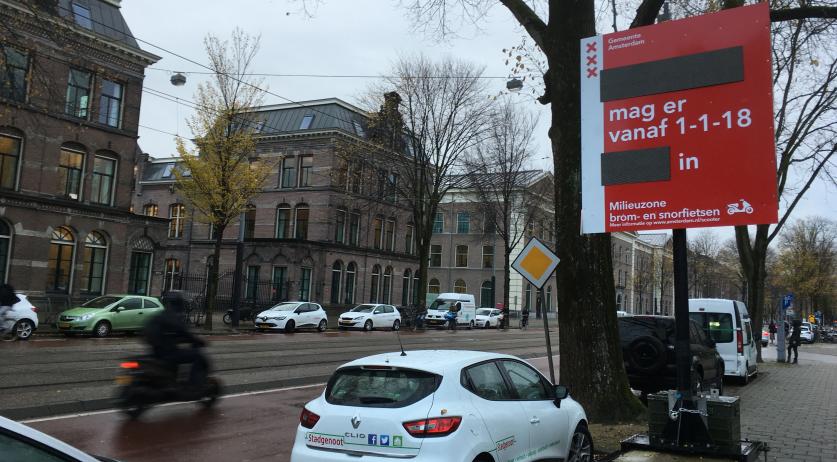 These registration checkers will be in place until December 27th. Scooter drivers can also check their registration number on the municipality's website. The environmental zone for scooters is one of the measures Amsterdam is implementing to reduce emissions in the city.

"We are doing everything we can to make the air in Amsterdam cleaner", sustainability alderman Abduleheb Choho said in a press release. "That includes unpleasant measures, such as an environmental zone. By carefully warning everyone with a too dirty scooter well in advance, we ensure that the introduction of this environmental zone goes as reasonably as possible."

The registration checkers are installed on Michiel de Ruijterkade, Stadshouderkade, Sarphatistraat, Hoofddorpweg, Haarlemmerweg, and Weteringschans. If a scooter driver passes one of these checkers, a sign will go up saying whether or not they're allowed in the environmental zone.