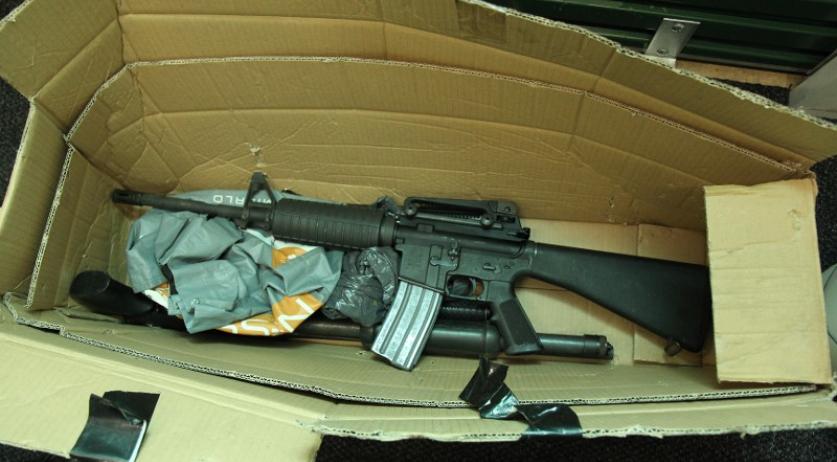 The police arrested a 45-year-old man from Eindhoven on Thursday following the discovery of a large number of firearms in a storage box in the city. The man rented the storage box in which the weapons were found.

The weapons were discovered during an investigation into a drug lab the police dismantled on Heydaalweg in Eindhoven on July 7th. The drug lab was located in the middle of a residential neighborhood. Two suspects were arrested that same day, suspected of involvement in the drug lab. Over 200 thousand ecstasy pills were found in the home.

The follow-up investigation led the police to the storage box on Tuesday. Inside the police found 5 handguns, 3 automatic firearms, 1 riot gun, 1 revolver, 2 melee weapons, silencers and a large quantity of ammunition. The police tracked down the man who rents the storage box and arrested him. He is suspected of involvement in the Heydaalweg drug lab, as well as of illegal firearm possession and trade. The suspect is in custody and will be arraigned on Friday.

The weapons and ammunition were seized. The police are investigating where they came from, and whether they were used in any other crimes.