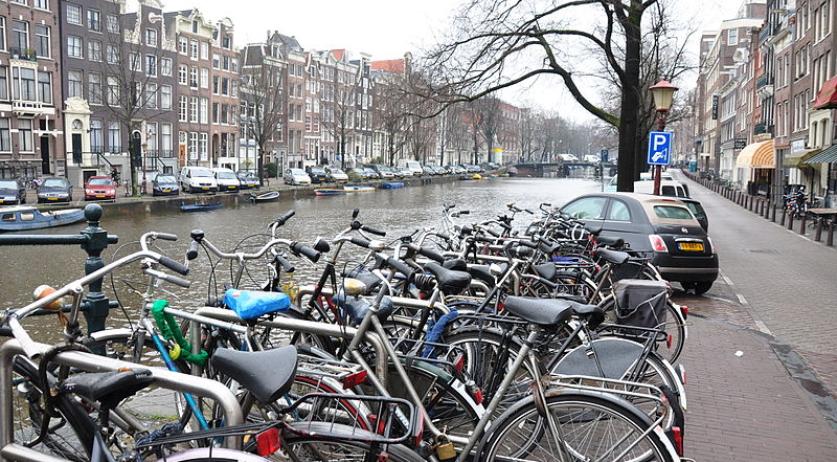 The GroenLinks faction in Amsterdam wants to ban all cars from the city center, according to a draft election program that will be presented to the Amsterdam city council on Thursday, AT5 reports. "We'll make the Mauritskade, Stadhouderskade, and Nassaukade a green cycling- and walking boulevard", the program reads, according to the broadcaster.

GroenLinks wants to give pedestrians and cyclists more room in the Dutch capital. "The car's rule of the city is definitely in the past. The pedestrian, cyclist, and public transport get the room they deserve in the city. The car loses its subsidized privileges, such as cheap parking and immense space."

The party wants to scrap 10 thousand parking spaces in Amsterdam over the next four years. In places where bicycle parking is a problem, car parking should be converted into bicycle parking spaces. GroenLinks also pleads for expanding the environmental zone - the area where old diesel cars with high emissions are not allowed - and for only allowing emission-free cars in the city from 2025.

GroenLinks also wants to use Amsterdam to influence major international issues like climate change and racism. For example, by putting an end to the Amsterdam harbor's position as world market leader in the field of petrol and coal tariffs. And by decolonizing school books and banning Zwarte Piet from the city, according to Het Parool. The party acknowledges that this will not make these issues disappear, but Amsterdam will set a good example.

Other points in the election program include helping the impoverished by letting the municipality buy off their debts, banning consumer fireworks, and a hotel stop in the city center.