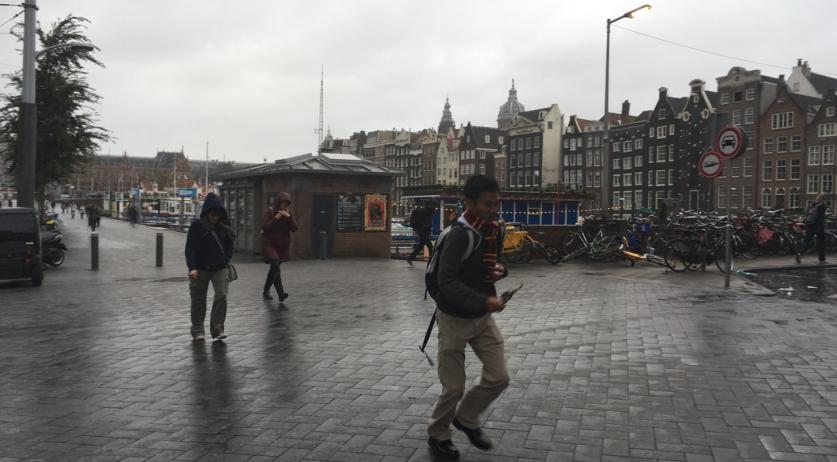 For the rest of the country, a code yellow warning is in place. The winds are expected to die down during the course of the afternoon and evening.

Weerplaza also warned that trees may blow over more easily than usual. "Because of the rainfall of recent days, the soil is looser than normal", Michiel Severin of Weerplaza said

"We advise against taking the road in the coastal provinces and Flevoland with empty trucks, trailers or caravans", Dutch public works department Rijkswaterstaat warned, according to NU.nl. During a storm in February this year, empty trucks blowing over on the road caused a lot of trouble. The Rijkswaterstaat calls on all road users to keep an eye on weather and traffic reports.

It's not only road traffic that will be hindered by the storm. KLM already canceled 60 flights as a precaution, according to the newspaper. The airline hopes to relieve pressure on runways and thereby prevent delays in other flights. All canceled flights were flights within Europe and their passengers were booked onto other flights. Intercontinental flights are continuing as scheduled at this time.

Schiphol also warned of delays caused by the storm. "Flights may be disrupted or canceled. Please check our site, app or contact your airline", the airport wrote on Twitter.

NS is running fewer intercity trains on the route between Den Helder and Zaandam on Wednesday. There will be two intercity trains per hour on this route, instead of four. NS hopes that this will leave room to solve any problems on the track quickly. Sprinters are running according to schedule.

In addition to the winds, Wednesday will also be rainy with a chance of thunderstorms. Afternoon temperatures will be around 16 degrees.