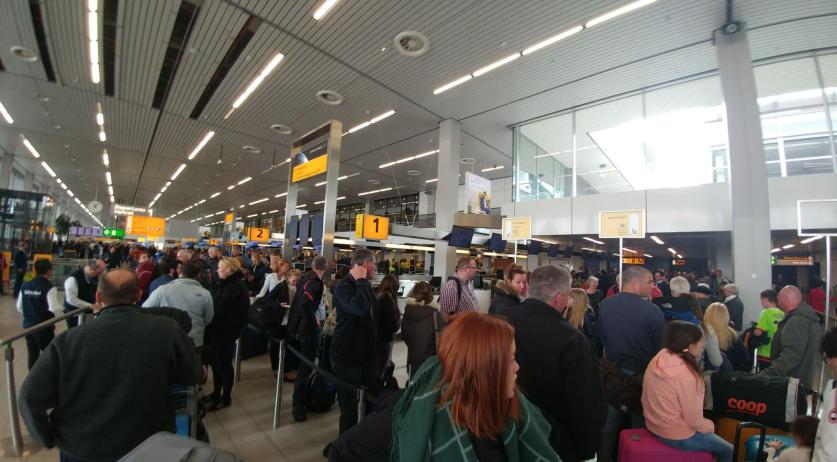 Schiphol's profits for the first half of 2017 were pressured by extra measures the airport had to take to deal with the summer crowds. The airport booked a net profit of 117 million euros, 3 percent less than in the same period last year, Schiphol announced on Friday, ANP reports.

During the May holidays, the increased number of passengers resulted in long lines at the airport. Some passengers spent so much time in the security check lines, that they missed their flights. In an effort to avoid the same happening during the busier summer season, Schiphol took a number of measures, including deploying additional security staff during peak times. Paying for this extra deployment, put some pressure on the airport's results.

Port fees brought in 404 million euros of revenue for the airport in the first half of 2017, almost 1 percent less than a year earlier. The total revenue increased by 2.5 percent to 704 million euros, mainly due to higher revenues from license for shops and restaurants.

In April Schiphol also lowered the tariffs airlines pay for the use of the airport by 7 percent. Last year these rates were already decreased by almost 12 percent. The growth in passenger numbers was not strong enough to completely compensate for this reduction.

In the first half of this year a total of 32.2 million passengers traveled through Schiphol, 8,6 percent more than a year earlier. The airport expects this growth to continue through the second half of the year.

The number of flight movements increased by about 5 percent to nearly 240 thousand. Should the second half of the year have the same number of landings and takeoffs, Schiphol will end the year just under the 500 thousand flight movements per year limit agreed upon with local residents. That limit is effective until 2020. Lelystad airport is being prepared to take over some of Schiphol's flights.