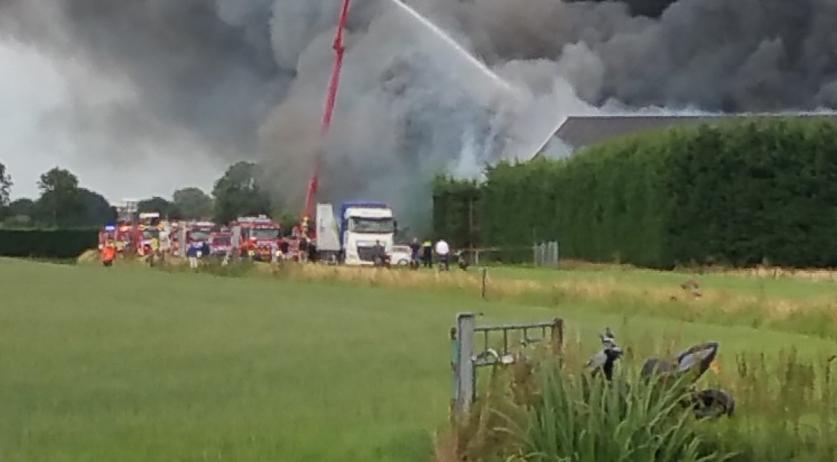 Twenty thousand pigs were killed in a fire that broke out in a pig farm on Erichemsewal just outside the Gelderland town of Erichem on Thursday. Asbestos was released in a small area around the stable, according to local safety office Veiligheidsregio Gelderland-Zuid.

The fire, and the extinguishing thereof, was accompanied by a lot of smoke in a large area around the farm. Local residents were warned to keep their windows and doors closed. Guests at a campsite in Erichem were told to stay inside their caravans or go to the main building, NU.nl reports.

The fire department is still investigating how far the asbestos spread. The safety office called on local residents to turn off their ventilation and to not touch any soot particles, as they can be dangerous. Local residents are also advised to wash their hands and vegetables from the garden very thoroughly, wash outside playgrounds well and make sure to wipe their feet before going inside.

This is the most pigs ever killed in a fire in the Netherlands, a spokesperson for animal welfare organization Wakker Dier said to newspaper AD.