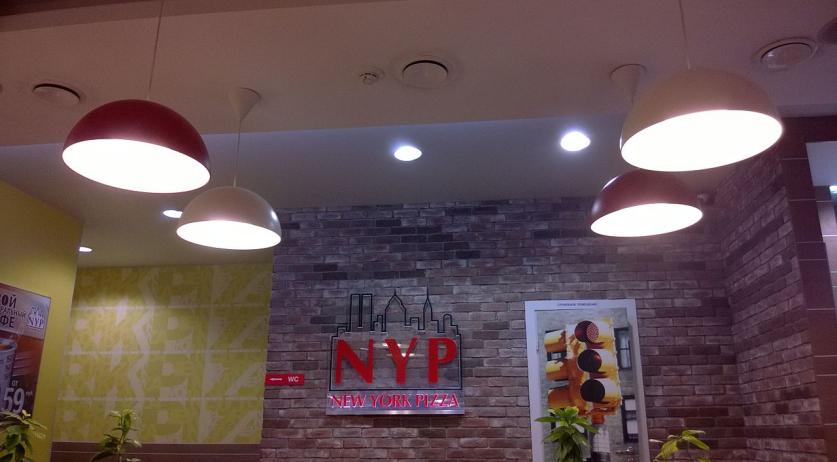 Pizza chain New York Pizza and the municipality of Amsterdam are facing each other in the administrative court on Wednesday. New York Pizza wanted to open a branch in the city, but Amsterdam denied the permit because the city feels there's no space for a fast food chain in the chosen location. In court the pizza chain plans to argue that it is a restaurant, not a fast food chain, according to RTL Nieuws.

New York Pizza, with headquarters in Amstelveen, wanted to open a new location on Ferdinand Bolstraat in Amsterdam, near the new subway stop on the Noord-Zuid line. But Amsterdam denied their permit. "We handle different types of catering categories", a spokesperson said, according to the broadcaster. "And for the fast food category, the quick sale where people take it with them on the street, there is no room."

But according to New York Pizza, they can qualify as restaurant - there are seats and cutlery for customers who want to eat there.

Ranka Timmers, a lawyers specializing in hospitality and destination plans, told RTL that this type of discussion often happens in Amsterdam. "The differences between the different categories are so diffuse that it provokes randomness from the municipality."

For example, the fast food category - Hospitality 1 - is described as businesses that predominantly sell fast food, that "can be eaten on site or picked up". The category that includes restaurants is described as businesses "entirely aimed at providing meals that can only be eaten on-site at the table, optionally supplemented with a pick-up function".

According to Timmers, those descriptions are so close together that it is difficult to interpret under which category a business falls. "Certainly with many new catering concepts, this causes problems", she said to RTL. "Today you have more luxurious hamburger tents and pizzerias targeting a slightly higher segment. Is that fast food or a restaurant?"

A spokesperson for the municipality admits that the court case revolves around a definition issue. "We are very curious about what the judge will say", he said to RTL.