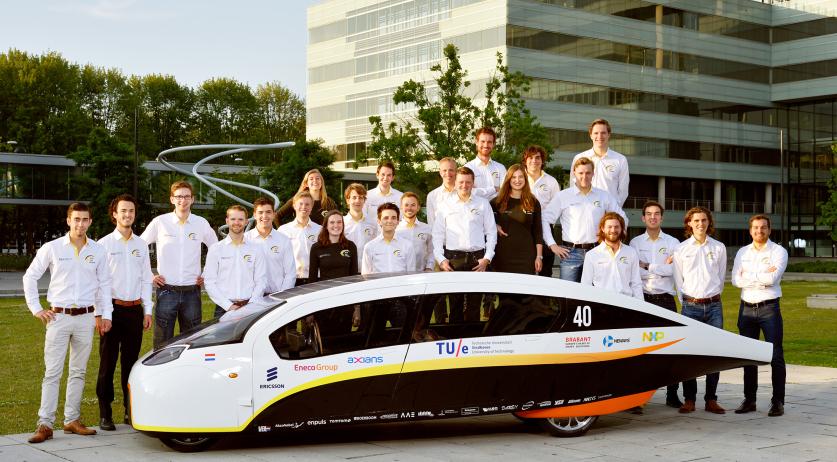 Students at the Eindhoven University of Technology unveiled their new solar powered family car on Wednesday. The Stella Vie is the successor of Stella Lux and the Stella and will be entered in the Bridgestone World Solar Challenge in Australia later this year, the TU Eindhoven solar team announced on the university's website.

New to the Stella Vie is that it can carry five occupants, instead of four. With fewer solar panels than its predecessors, the Stella Vie can still travel around 1 thousand kilometers on a summer's day in the Netherlands and can reach a top speed of 130 kilometers per hour. It also contains new, smart technology like a parking navigation system that takes the position of the sun into account when parking.

The team of 23 students will be defending their world title in the bi-annual Bridgestone World Solar Challenge in October. The Challenge is a 3 thousand kilometer solar powered car race through the Australian outback.