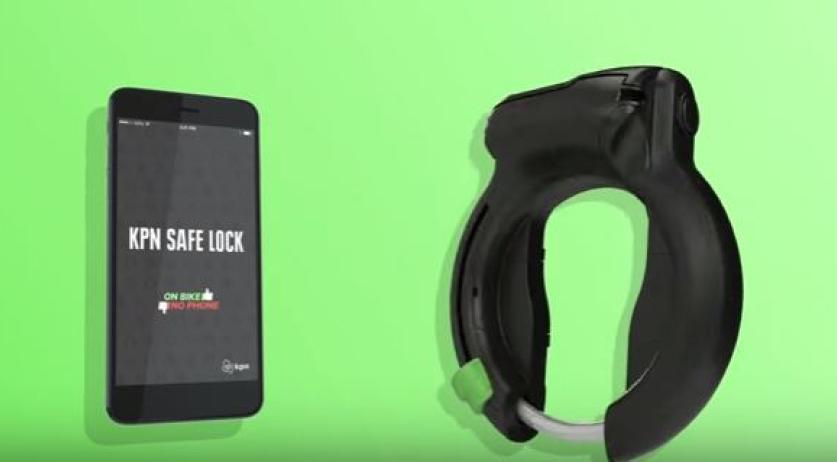 Telecom provider KPN and the foundation for safe traffic in the Netherlands VVN teamed up to invent a smart bicycle lock. The lock is not only an anti-theft measure - it can only be unlocked with a smartphone app - but also prevents cyclists from using their smartphones while cycling. If the bike is unlocked, the phone's network connection is disconnected, NU.nl reports.

The smart lock is being tested by a small group of cyclists this summer, KPN announced on Wednesday. It will be available for sale to the public in the near future. The lock will cost "around 100 euros", according to KPN.

The lock doesn't have a physical key. It can only be unlocked with a smartphone app. While the lock is open, KPN blocks telephone and data traffic to the phone connected to the lock, though emergency number 112 can still be called. Once the bike is locked up again, the phone's connection is turned back on.

The smart lock is aimed especially at children and teenagers, who are at most risk while cycling, according to VVN. "The use of smartphones while cycling caused a sharp increase in the number of traffic casualties, especially among the most vulnerable road users: young children and teenagers. Banning alone does not help, offering a good solution does", VVN director Felix Cohen said, according to the newspaper.