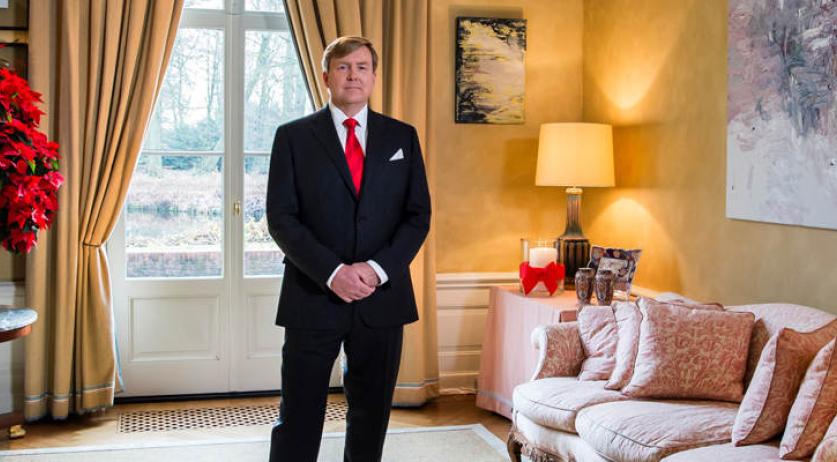 King Willem-Alexander is proud of the way in which the Netherlands sheltered 65 thousand asylum seekers that flooded into the country since 2015, he said in an interview with Italian newspaper La Republica. He is proud to say that not one asylum seeker had to sleep on the street, the Telegraaf reports.

The Dutch King called the Netherlands a school example of a multicultural society, and Amsterdam the capital of tolerance. He added that the Netherlands has been sheltering people from all over the world for centuries.

According to Willem-Alexander, the Netherlands' strong democracy was forged from religious freedom, freedom of the press and the eternal struggle against the water.

The King gave an interview with the Italian newspaper in the run up to a state visit to Italy and Vatican city in June. Between June 20th and 23rd he, Queen Maxima and dozens of Dutch entrepreneurs will visit Italy to promote economic cooperation between northern and southern Europe.

The royals are visiting Italy at the invitation of President Sergio Mattarella. A meeting with Pope Franciscus is also scheduled for the state visit to Vatican City. The King also plans to visit Sicily, where he wishes to thank everyone on the island for sheltering the many thousands of asylum seekers who landed there.