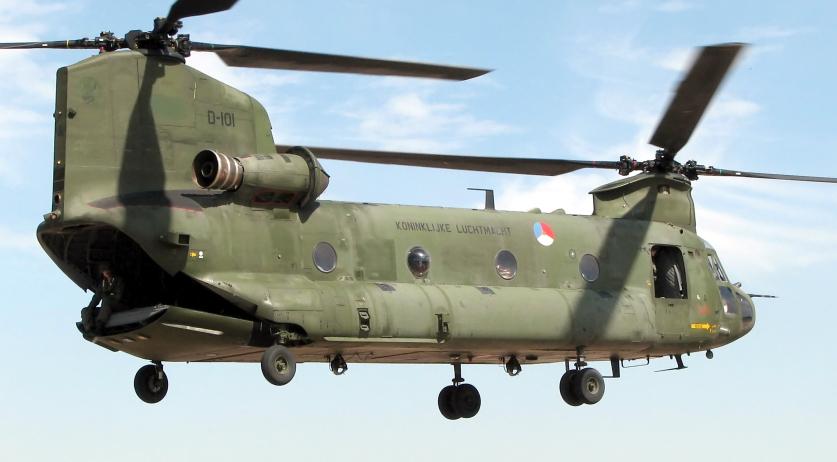 Residents are tired of repeated military helicopter drills in the area between Arnhem, Epe, Ermelo and Apeldoorn. Recreation park owners from Ermelo teamed up to complain about the low flying helicopters affecting their business. They want Defense to only run its helicopter drills outside tourism season, the Gelderlander reports.

Ermelo alone counts nearly 100 recreation entrepreneurs. United under Verenigde Ermelose Recreatieondernemers, they recently consulted with Defense about the drills. This week Defense is running drills with Apache-, Cougar- and Chinook helicopters. Up until Thursday the drills will take place all day until midnight. On Friday only during the day.

"The windows tremble in their frames, its just not fun anymore", Annet Redschaad of bungalow park De Toverberg said to the newspaper. "A few weeks ago, they flew above our park time and again, just above the trees and cottages. We complained, but nothing changed. Last year was the same song. Practice is fine, but not this way." She adds: "We have visitors that live near Schiphol. They come here for rest, but have a commotion over their head till late at night."

Simone Kiezebrink of Heidepark Speuld agrees. "People have so few holiday days, they want to rest. You don't come here to listen to helicopters. Although there are also people who like it, I have to admit."

It is impossible to adapt the helicopter's flight plan to suit the wishes of the recreation park owners, Claude van Hoek of the Defense Helicopter Command said to the newspaper. "Due to the fact that we are practicing on quick deployment and also for the safety of the participants, we only announce shortly before the drill that there is one."