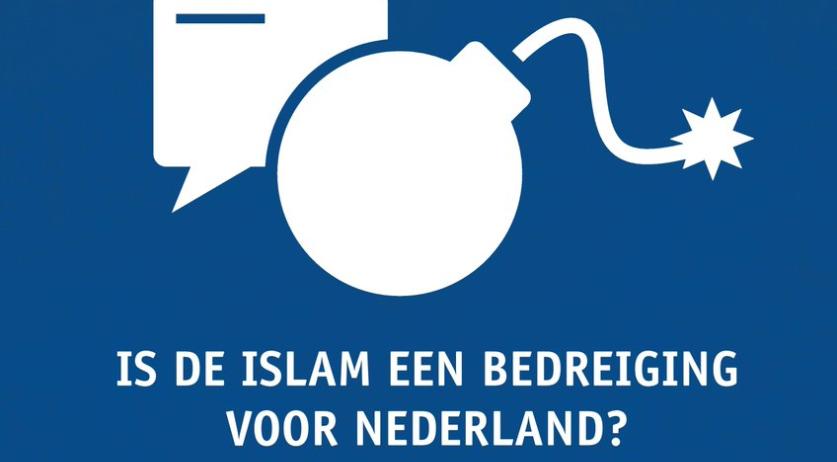 Outraged reactions flooded social media after Christian party SGP revealed a poster invitation to a discussion event in Olderbroek, Gelderland. The poster shows a picture of a bomb and the words "Is Islam a threat to the Netherlands?" The poster was designed by the national office of the SGP youth division, according to Omroep Gelderland.

The poster sparked quite the discussion on social media. Dozens commented on the tweet containing the poster and on the Facebook event.

"This is terrible. Religious extremism and sowing hatred is a threat. Freedom of religion is a greater good that every religious person should embrace. Even if only for self-preservation" one person wrote on Facebook. Another accused the SGP of trying to cash in on the election support gained from Muslim-hate.

Bert-Jan Dokter, leader of the PvdA Olderbroek faction, decided to decline the invitation to the event. "Was also invited to this drink-and-BBQ SGP party. Resolutely declined due to the yellow star atmosphere of this poster. Just after we commemorated 4 May", he wrote on Twitter.

Dirk van Horssen, board member of the SGP youth division, told Omroep Gelderland that the poster is the result of a "slight communication error". "It was not the intention to provoke. We did not want to align the bomb with Islam. That would be discrimination and we do not support that." he said to the broadcaster.

The SGP will present a new poster on Monday night.