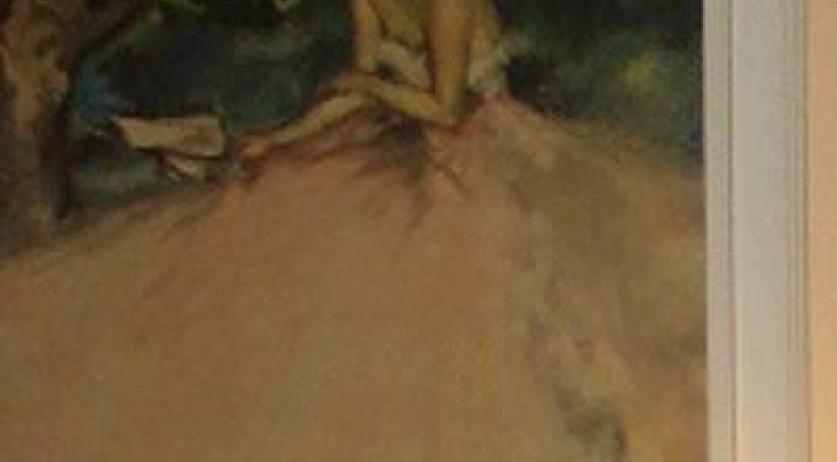 A family heirloom accidentally sold on a King's Day flea market, has been tracked down. The painting is now back with its original owner, NOS reports.

An 11-year-old girl from Blokker sold the painting at a Hoorn flea market with her father for only 5 euros. She had no idea that the painting was precious to her mother. And the father did not know his ex still wanted it, as had been in his attic for some time.

Astrid Montijn posted a photo of the painting on Facebook along with a desperate call for help in finding the buyer. On Thursday morning she got good news. "Fortunately I have good news for you, the painting is with me in the living room!", Desiree Stroet from Alkmaar wrote on Facebook.

That evening Montijn went to Alkmaar to get back her painting. She arrived with a financial reward, a stuffed animal and a massive thank you.

Stroet told the Telegraaf that she bought the painting because of its beautiful pastel colors. "I received a nice reward with which I'll buy a new painting."