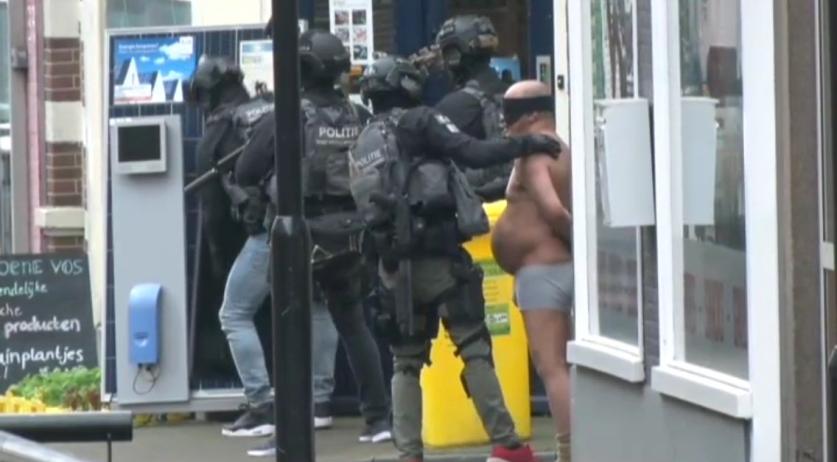 Two people were held hostage in a standoff that ended in a man dressed only in his underpants being arrested in Arnhem on Wednesday afternoon, the Arnhem mayor, police and Public Prosecutor said in a press conference. The man was in possession of a fake firearm, a fake bomb vest and several knives, NOS reports.

The police responded to the Klarendal neighborhood around 11:10 a.m. following reports of a man entering the district center with a firearm and saying he had a bomb. There were four people in the district center at the time. Two of them were immediately sent out with a letter for the police. The other two - municipal employees - were held hostage.

The letter carried by the two released hostages prompted the police to deploy a SWAT team and negotiator to the district center on Rappardstraat. The area surrounding the district center was evacuated and closed down. People who were in their homes at the time, were instructed to stay inside. Train traffic to and from Arnhem was brought to a standstill, as the train travels through Klarendal.

After several hours of negotiations, the man, a 57-year-old from Arnhem, finally agreed to leave the building just after 2:00 p.m. The police instructed him to remove his clothing before he was arrested - to make sure he was not wearing any hidden weapons or explosives. The firearm and bomb vest the man had with him turned out to be fake. He was also armed with several knives.

The police searched the man's home, which is located near the district center he took hostage. Nothing dangerous was found and the area was released.

No information was released about the man's motives. He doesn't have a criminal record, but is known to the neighborhood officer.