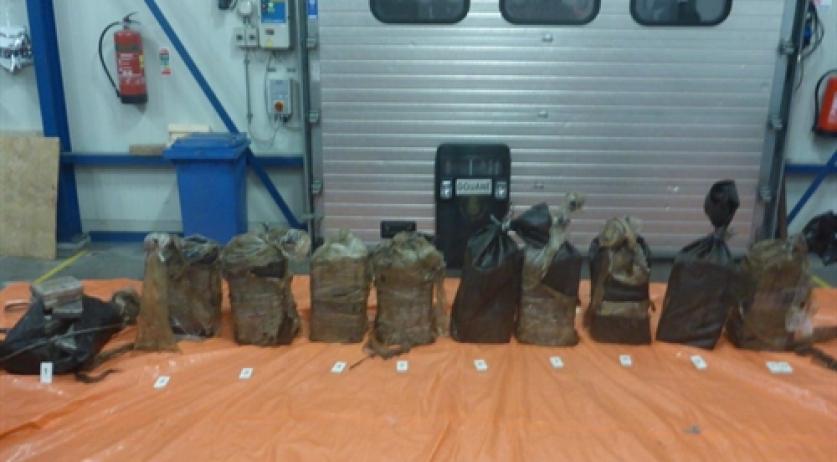 A cargo inspector at the port of Rotterdam was arrested two weeks ago on suspicion of involvement in the trafficking of nearly 200 kilograms of cocaine, the Public Prosecutor announced on Tuesday. The 42-year-old man from Rotterdam was connected to the discovery of cocaine in the shaft of one of the anchor chains of a Colombian coal carrier at the end of March.

The drugs were packed in 200 packages of about a kilogram each. They were destroyed the same day they were found. The suspect was arrested on April 12th based on the results of an investigation into the people behind the smuggling.

The suspect was responsible for the inspection of various types of mainly bulk cargos. He had access to various port areas. The Prosecutor believes the man abused his role as inspector to allow drugs through customs. The authorities are investigating whether he is involved in more drug cases.

The cargo inspector was arrested by the so-called Hit And Run Cargo Team (HARC), which is composed of detectives from Customs, FIOD and the Rotterdam Seaport Police.

The investigation into other suspects continues. The Rotterdam man was remanded into custody until his case appears in court in July.