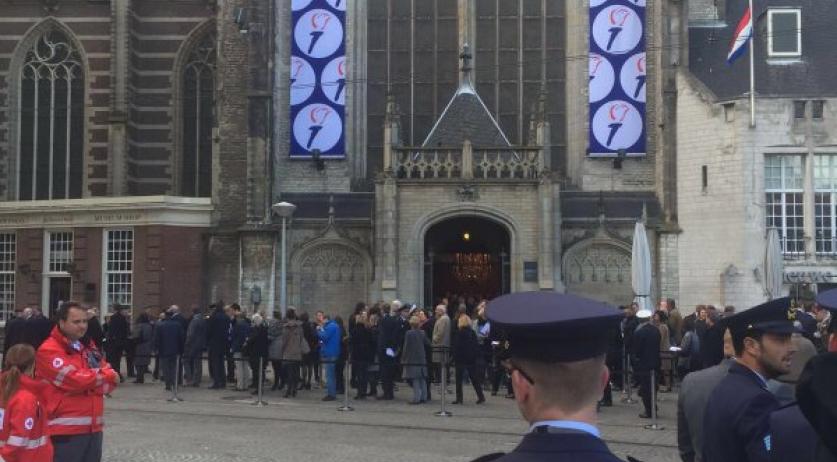 Amsterdam pastor Rikko Voorberg wants to commemorate killed asylum seekers with 3 thousand white paper crosses on the Rembrandt square in Amsterdam on Remembrance Day. His plan was met by resistance from Jewish organization CIDI and the National Committee for 4 and 5 May, who want to keep the focus of Remembrance Day on victims of World War II, AD reports.

Voorberg believes that Remembrance Day on May 4th should have room to also commemorate the victims of other wars. He wants to draw attention to the thousands of asylum seekers who died trying to reach he safety of Europe over the past years. He deliberately decided to do so on May 4th. "We commemorate people who gave their lives for freedom", he said to the newspaper. "At the moment, people are asking at our borders whether we would share the freedom fought for, but we still seem to find that difficult. The idea of Remembrance Day is that we don't want that to happen again, but what is currently happening at our borders does not fit that."

According to Voorberg, it is important to link past events to the present. "I think that we should not lock Remembrance Day away in the past, that has no effect on the present. You either think about the past and be sad about it, or you add an active component to it and become aware of what is happening now."

The Jewish organizations is consulting with Voorberg and asked the municipality of Amsterdam not to give permission for the pastor's demonstration. According to the municipality, that will be difficult. "It is difficult to ban it, if you wanted to." a spokesperson said to AD. "As long as there is no fear of disorder, traffic disruption or health risk, it is simply freedom of expression. The mayor does not interfere with the content of the manifestation."

The National Committee for 4 and 5 May distanced itself from Voorberg's plans. "The initiator calls attention to an important international issue, but that's something different from the official commemoration that we organize", the committee said in a statement. "We know that many people want to connect Remembrance Day to victims of other wars. This is sometimes complicated, but also important and meaningful", press officer Ronnie Kroes explained to AD. "Everyone can commemorate and celebrate how and what they want, but we commemorate the victims of World War II."