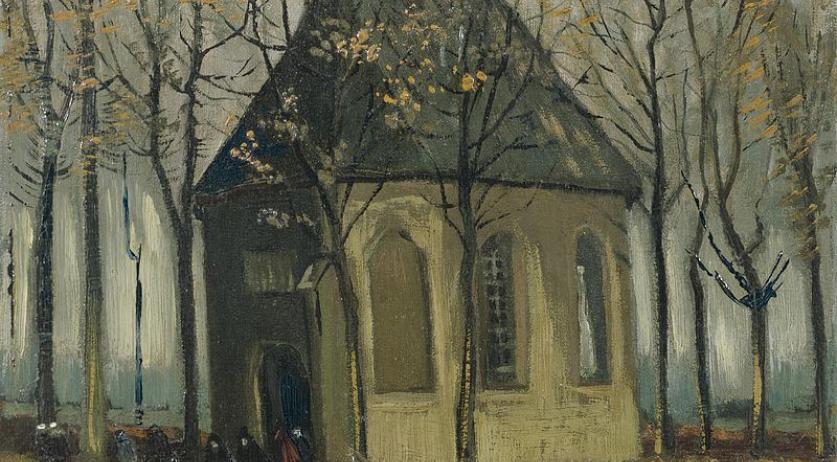 One of two men convicted for stealing two paintings from the Van Gogh Museum in 2002, told his story to the Telegraaf over the weekend. Octave Durham told the newspaper that he and companion Henk B. actually wanted to steal the famous paintings Sunflowers and The Potato Eaters, but the first was too well guarded and the second was too large to fit through the window they broke to get into the museum.

Durham and B. eventually made off with two other paintings - Seafront at Scheveningen and Congregation leaving the Reformed Church in Nuenen. These paintings were recovered from the Italian mafia last year. Durham would not tell the newspaper how much the Italian mafia paid for them. "I will not mention an amount. Otherwise I'll get a surcharge from the tax authorities", he said.

For years Durham denied having anything to do with the robbery in the museum in Amsterdam. He was still convicted in 2005 and sentenced to 3.5 years in prison.

After being recovered, the two paintings were initially considered evidence in the Italian authorities' case against the mafia. But in January a court ruled that they could be released and returned to the Netherlands.