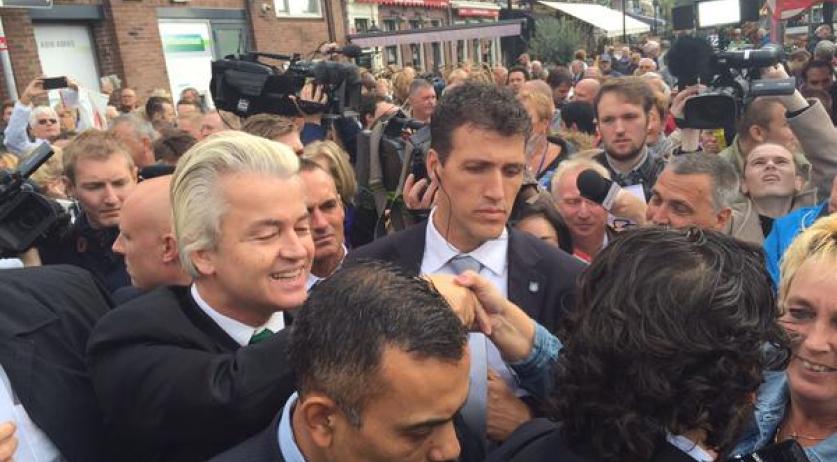 Wilders, PVV back on campaign trail after security team scandal

PVV leader Geert Wilders is resuming his party's public campaign for the upcoming parliamentary elections. "We are going into the country", he said on Wednesday, RTL Nieuws reports.

Wilders previously canceled all his public appearances after it was revealed that a member of the Safety and Security Service, which is tasked with guarding threatened politicians including Wilders, leaked confidential information. Suspected officers Faris K. worked as a scout on the Wilders team, but not as one of Wilders' personal body guards as was initially reported.

Following this revelation, Wilders announced that he no longer feels safe and will not be making any public appearances. He said that not only his safety, but also that of PVV enthusiasts are at stake.

On Wednesday the Telegraaf reported that Wilders is now being protected by an elite team of soldiers, instead of the police's Safety and Security Service.

Over the past weeks the PVV lost support in the polls, which may be part of the reason why Wilders decided to go campaigning after all. Over the next two weeks the PVV leader will visit Breda, Valkenburg and Heerlen, according to RTL. "The voter wants to see us and we want to see the voter too!" Wilders said. "The security risks will be reduced to the minimum. I'm looking forward to it!"