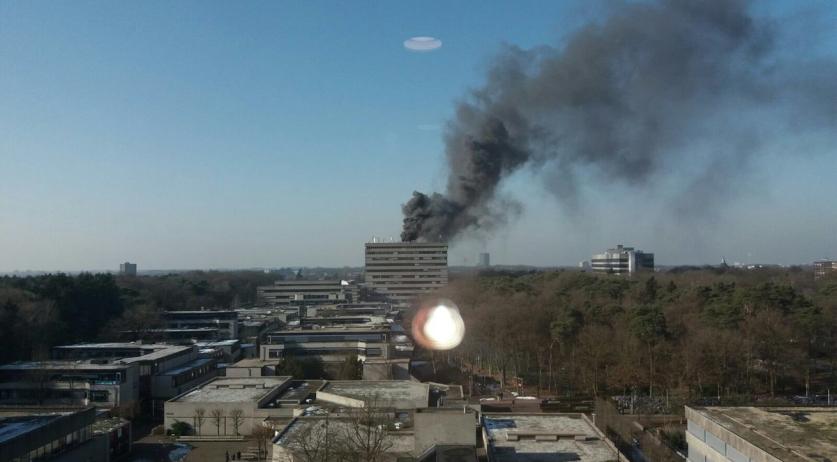 Radboud University in Nijmegen was the site of a shortly lived, but quite intense fire on Tuesday afternoon. According to the university, a cooling tower on the roof of the Spinoza building on Montessorilaan caught fire during maintenance work. The fire caused a lot of smoke and the building had to be evacuated, but no one was injured.

According to the university, the fire started during maintenance work on the cooling tower. Exactly what happened is unclear.

Bystanders told newspaper AD that the fire left quite a stench of burnt plastic in the surrounding area.