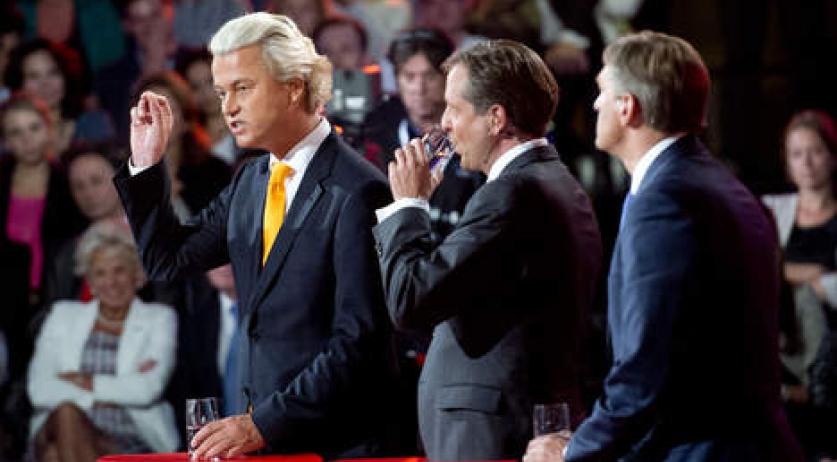 Broadcaster RTL is inviting the leaders of the four largest political parties, according to the polls, for a televised debate on February 26th. But if the differences between the parties are too small, the debate may be held between five or even six party leaders, RTL Nieuws reports.

The broadcaster is using Peilingwijzer to make its selection on which party leaders to have on the debate. Peilingwijzer combines the polls of I&O Research, Ipsos, Kantar Public, Peil.nl and EenVandaag in an effort to get a more rounded view of what the polls have to say. As of January 18th the PVV was the largest party with between 29 and 33 seats, followed by the VVD with between 23 and 27 seats. From there the other parties are closer together - CDA has between 15 and 17 seats, D66 between 14 and 17 and GroenLinks between 13 and 15. SP and PvdA are also close together with between 12 and 14 and between 11 and 13 respectively.

Should, by the time of the debate exactly one month from now, the differences between party number four and number five be negligible, the leader of party number five will also be invited to the debate. The same goes if party five and six stand very close together. .

In the run up to the 2012 elections, the actual number of a party's parliamentary seats also played a role in who would take part in the debate. "This time we do not find it defensible", RTL deputy editor Peiter Klein said on Wednesday. "It would not do justice to the huge shifts we have since seen in the electinos to municipal and provincial councils and what is now reflected in the polls."

The parliamentary elections are scheduled for March 15th.