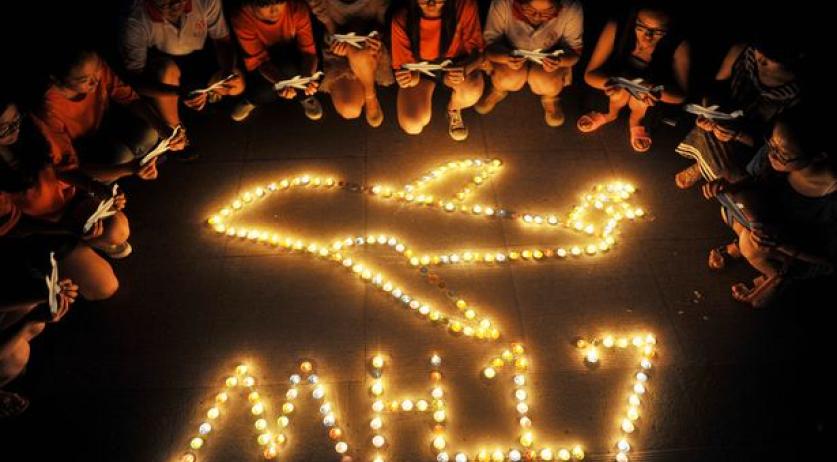 Relatives of the victims of the flight MH17 disaster want the Public Prosecutor to launch another investigation at the crash site in eastern Ukraine,the Volkskrant reports. This follows Dutch journalist Michel Spekkers finding a piece of bone at the site where the Malaysia Airlines flight crashed.

The bone shard Spekkers found has since been identified. It belonged to an MH17 victim whose identity was already established. The relatives feel that a new investigation in the Ukraine could mean that more skeletal remains can be salvaged, and that the two still unidentified passengers can finally be identified.

The police seized a bag filled with MH17 related items from Spekkers at Schiphol airport on January 7th. This included the journalist's laptop, phone and camera. On Saturday the Prosecutor defended this action by stating that it was for the purpose of the investigation into the disaster. On Thursday the magistrate determined that this seizure was justified.

According to the Volkskrant, Sepkkers' journey to eastern Ukraine drew quite a bit of attention. He let himself by guided by controversial journalist Graham Philips, who works for the pro-Putin television channel Russia today. According to Spekkers, he did so in order to gain access to areas controlled by pro-Russian separatists.

Spekkers also offended the survivors of the MH17 victims with a seemingly lighthearted tweets about what to do with the items he found at the crash site. "Deliver it to Parliament, the Public Prosecutor or my mother?" he tweeted.

The Dutch journalist then alerted the Russian media about the Prosecutor seizing the bag of items he found at the site. The Russian media saw this as confirmation of the Dutch authorities' bias in the investigation into what happened to flight MH17, according to the newspaper.

Malaysia Airlines flight MH17 was shot down over eastern Ukraine on July 17th, 2014. All 298 people on the plane were killed, the vast majority of them were Dutch. So far the Joint Investigation Team investigating the disaster determined that the plane was shot down with a BUK missile system fired from a field controlled by pro-Russian separatists.