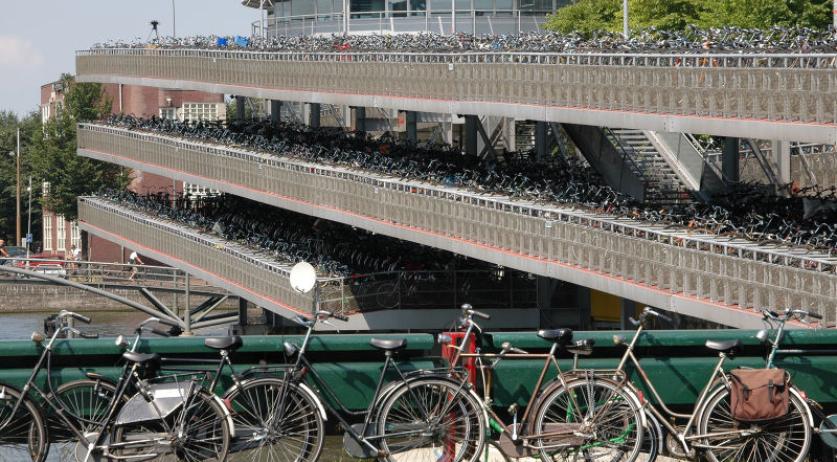 NS, ProRail, municipalities and the Ministry of Infrastructure and Environment are together investing 80 million euros into creating 80 thousand extra parking spots for bicycles at train stations, the Telegraaf reports.

Calculations by the Ministry shows that by 2030 there will be a 100 thousand shortage in bike racks. State Secretary Sharon Dijksma is contributing half of the 80 million euros. She wants to alleviate the worst parking needs of travelers that use both bike and train in their commute first. The biggest bottlenecks will be seen to first and these stations will be able to accommodate many more bikes by 2020.

Which stations will get the first attention is not yet clear.

In 2011 the Ministry and provinces already invested 221 million euros for bicycle parking, from which some 96 thousand extra parking spaces were created, according to the Telegraaf. But those turned out to not be nearly enough.