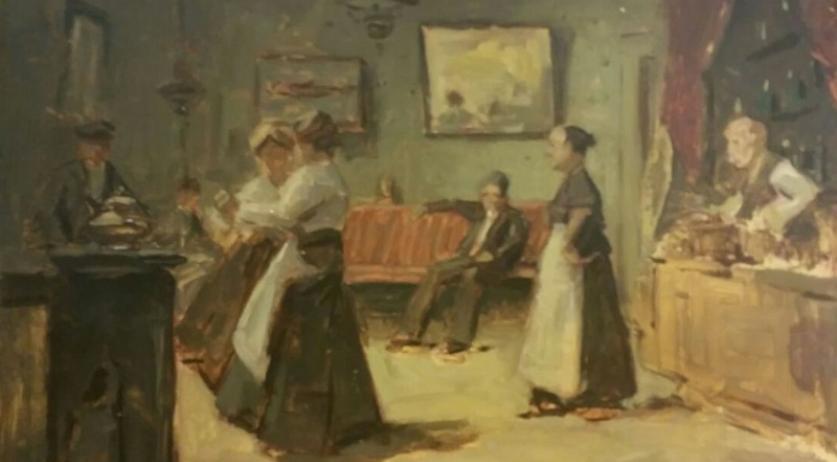 The police recovered two valuable paintings by Isaac Israels and Wouterius Verschuur in a storage unit in Leeuwarden 17 years after they were stolen. The unit was searched in the investigation into a 37-year-old resident of the city, who is suspected of illegal firearm possession, the police announced on Monday.  The two paintings were stolen in a violent robbery in Bilthoven in 1999. Seven paintings were stolen in total. Five of them were recovered in 2012. The police estimate the value of the two recovered paintings to be several hundred thousand euros. Experts still have to officially determine whether the two paintings are genuine. "But there is a good chance, otherwise it is a big coincidence that the paintings were found together", a police spokesperson said to news wire ANP. The 37-year-old suspect is still in custody.