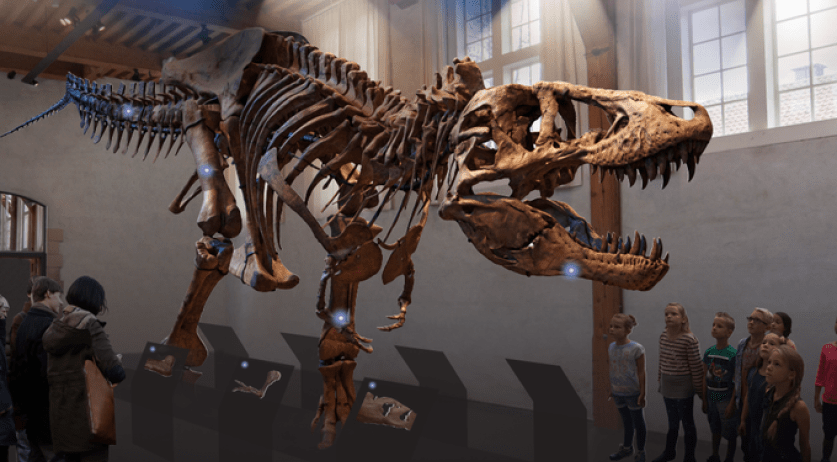 Over 4,000 jam into Naturalis to see new T-Rex Trix

The Naturalis museum received over 4 thousand visitors this weekend who came to see the Tyrannosaurus Rex skeleton Trix. The Trix display opened to the public on Saturday, and the biodiversity center was sold out for the entire weekend, ANP reports. Trix arrived in Leiden in the last week of August. Her skeleton is one of the three most complete Tyrannosaurus Rex skeletons in the world. Trix will be on display in Leiden until she goes on her world tour next year. A spokesperson for the biodiversity center told the news wire that a remarkable number of adults were eager and waiting to see the T-Rex, even before the museum opened. A few pushed their luck and tried to get in without a ticket. But the exhibition was only accessible through reservation. Every hour 360 people were allowed inside. Late last month a large part of Naturalis closed for a major renovation, only opening up again completely late in 2018. The museum hopes that Trix will attract about 300 thousand visitors to make up for the rest of the museum being closed.