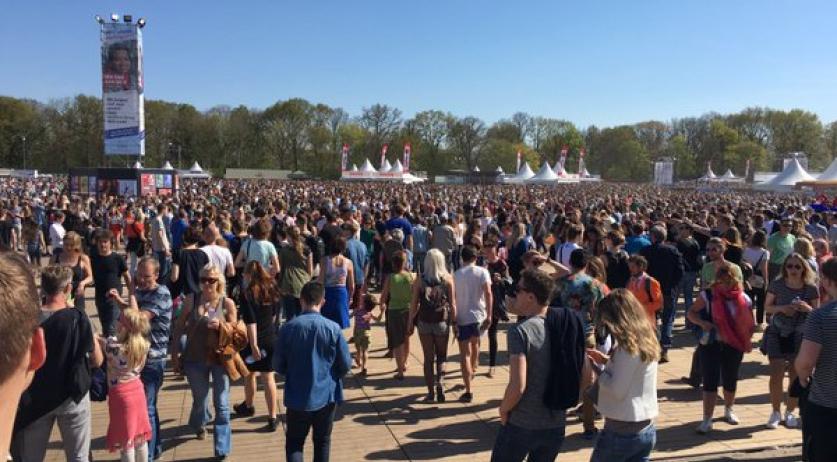 The 14 Liberation Day festivals in the Netherlands on Thursday drew a record number of over a million people, according to the police. The most visited festivals were in Groningen, Zwolle, Wageningen and Haarlem. "Last year there were about 900 thousand visitors and the weather was bad. Now its much busier everywhere, so we assume a visitor record of more than a million people", a spokesperson for the National Committee for 4 and 5 May said to NOS on Thursday afternoon already. Visitor numbers is not the only record Liberation Day broke on Thursday. It was also the sunniest Liberation Day since the Netherlands started celebrating the day in 1946. According to Weerplaza, the Netherlands had 14 hours and 20 minutes of sunshine yesterday. Breaking the previous record of 14 hours exactly, dating from the year 2000.