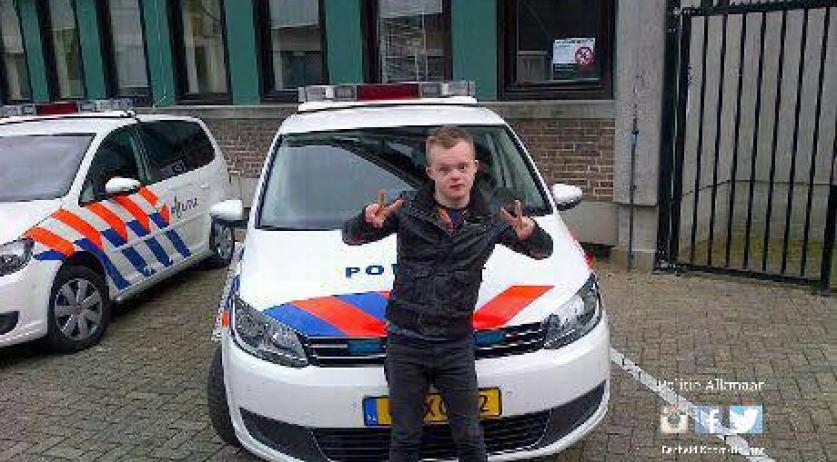 Young man with Down Syndrome found safe after wild ride

A young man with Down's Syndrome that went missing from Alkmaar on Thursday, was found safe and sound in Maastricht a few hours later. It turns out that he was not so much missing, as on an adventure. Eighteen year old Thijs' mother called the police when she could not find her son. The police quickly spread his description through Burgernet and officers searched the area, but to no avail. Just when the police decided to send out an Amber Alert, they received a call from a police station in Maastricht. Thijs was there and he was safe. It turns out that Thijs decided to go on an adventure. He got on the train and traveled to Maastricht with one goal in mind - meeting Eva van Dongen of the Maastricht police, Angela Schijf's character in television program Flikken Maastricht. His mother and sister immediately got in the car and went to pick Thijs up. According to the Alkmaar police, the Flikken Maastricht team is working on having Thijs visit the set so he can meet his hero. Angela Schijf confirmed this on Twitter. "Thijs will be my guest of honor on set in the next shooting period (if he's mom says he can)", she tweeted.