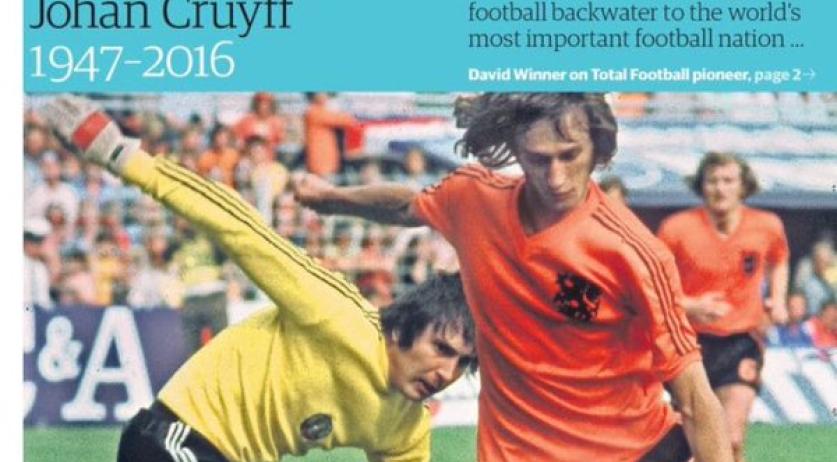 At best The Guardian's article in honor of Dutch football legend Johan Cruijff, who passed away on Thursday, can be seen as a mixed success. While the newspaper wrote a beautiful tribute for Cruijff, they used the wrong photo. "Britain had the Beatles and the Stones. The Netherlands had Johan Cruyff. Their art forms were different but his legacy has been just as important", the newspaper writes on the front page of the sports section. And right underneath the beautiful words, is a photo the wrong football player. The man on the photo is not Johan Cruijff, but Rob Rensenbrink.